GET welcomes September with the U.S. premiere of 'Calendar Girls' — Encore Atlanta
Skip to content
ShareTweetShare 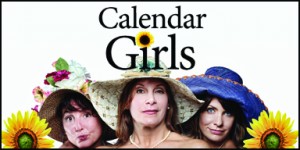 Georgia Ensemble Theatre opens its 2015-16 season with this heartfelt comedy about nine women in a British women’s club, who pose nude for an calendar to raise funds for their hospital. The venture is a huge success, but fame tests their friendships. Based on a true story and written by Tim Firth, who co-wrote the 2003 feature film starring Helen Mirren. It “achieves exactly what it sets out to do,” says the London Telegraph. “It makes you laugh, it makes you cry and it leaves you feeling better about life than you did when you entered the theater.” GET is the first American company to get producing rights.