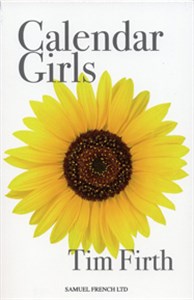 Georgia Ensemble Theatre’s 23rd season features an American premiere, a Georgia premiere and the first Shakespeare play it has ever staged.

CALENDAR GIRLS. Sept. 10-Oct. 4. American premiere. A play by English dramatist Tim Firth, inspired by the 2003 movie with Helen Mirren. (Not to be confused with Firth’s forthcoming musical version of the show/movie.) Nine members of a women’s club in Yorkshire, England, pose nude (tastefully) for a calendar that will raise funds for a hospital. Sudden fame tests their bonds.

CHARLEY’S AUNT. Jan. 7-24, 2016. A chestnut if ever there was one. Brandon Thomas’ 1893 comedy features young sweethearts, one of whom must dress as his aging aunt to see the girl of his dreams.

PETER AND THE STARCATCHER. Feb. 25-March 13, 2016. Georgia premiere. A grown-up’s prequel to Peter Pan from Rick Elice (Jersey Boys). Twelve actors play more than 100 characters in this swashbuckling play with music, based on the best-selling novel by Dave Barry and Ridley Pearson. Winner of five 2012 Tony awards.

YESTERDAY AND TODAY, THE INTERACTIVE BEATLES EXPERIENCE. April 7-24, 2016. This musical, conceived and performed by Billy McGuigan and his brothers, takes the Beatles’ music and personalizes it with the stories and perspectives of audience members.

GET also will do single public performances of three Theatre for Young Audiences productions:

JUNIE B. JONES, THE MUSICAL. Nov. 14. Based on the books by Barbara Park about the adventures of Juniper Beatrice “Junie B.” Jones.

THE LION, THE WITCH AND THE WARDROBE. Jan. 23, 2016. Based on the C.S. Lewis story about four enterprising siblings who step through a wardrobe door and into the land of Narnia, a place frozen in eternal winter and enslaved by the White Witch — until the great lion Aslan comes to their aid.

The Joe Gransden Big Band Series returns on Nov. 9, Dec. 14, Feb. 29 and April 11. And, finally, for the 19th season, the company will tour schools with And Then They Came for Me: Remembering the World of Anne Frank (no public performances scheduled yet).