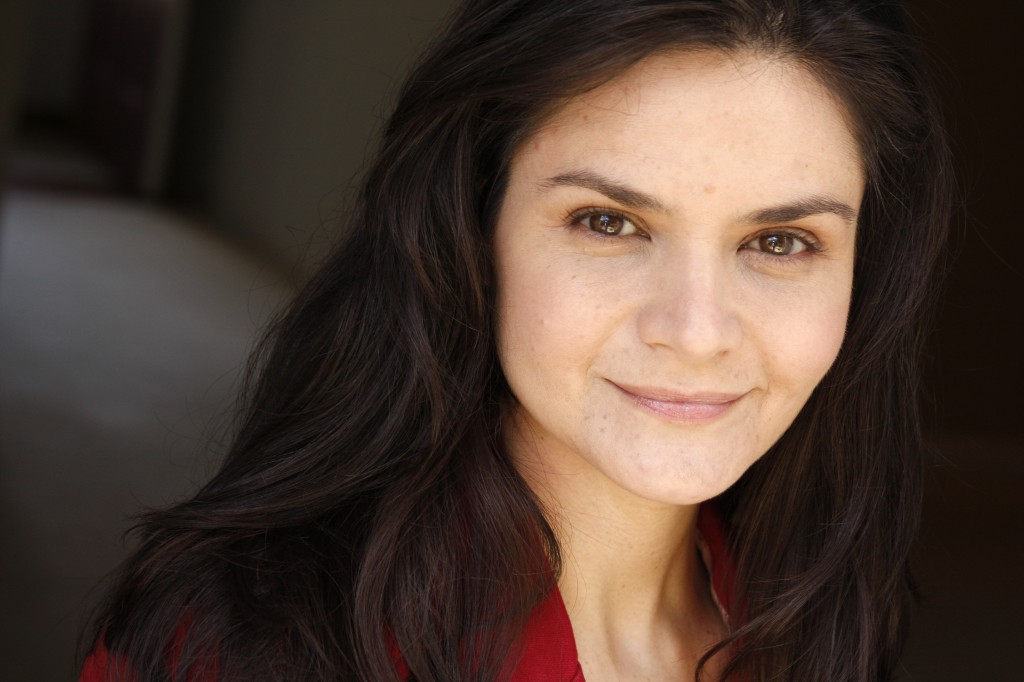 IN BRIEF: Maria, 44, has been acting in metro Atlanta for six years. Through April 26, you’ll find her at Horizon Theatre in Grand Concourse, playing the manager of a church soup kitchen who’s facing a crisis of faith. (Tickets, details HERE.)

ON GRAND CONCOURSE: “I’m enjoying the impact it makes. It’s meaningful. I get to play someone closer to my age who is masking a lot of pain, so it’s been very challenging, but I’m enjoying the process of the challenge and the audiences.”

FROM: Born in Chile (her mother’s homeland). Moved with her parents to the New York City/New Jersey area when she was 18 months old. Moved south with family friends, an older couple, who introduced her to Southern University in Chattanooga, Tenn., where she got the first of two undergraduate degrees.

LIVES NOW: In Atlanta and Chattanooga.

MARRIED: To John Sager, an educator, who keeps the Chattanooga fires burning.

WHERE YOU’VE SEEN HER: In addition to her Suzi-nominated performances, in The Waffle Palace at Horizon; My Children! My Africa! at Theatrical Outfit; Don’t Dress for Dinner, Barrio Hollywood (Spanish world premiere) and Tamer of Horses at Aurora Theatre; and Women+War at Synchronicity.

EDUCATION: Teaching degree from Southern University. More importantly to her, a bachelor of arts in theater from the University of Southern Mississippi.

FIRST THEATER MEMORY: “I was maybe 8 or 9 years old and I was watching the National Theatre of Spain doing a televised production of The House of Bernarda Alba” (by Federico García Lorca).

FIRST TIME ONSTAGE: At age 17. She and a friend decided to do a musical number in their high school talent show (“I’d Do Anything” from Oliver!). “I felt very comfortable and experienced the audience for the first time,” she recalls.

WHY THEATER: “When I was in college, a friend dared me to audition for the university touring company. I had a lot of moxie at the time and said. ‘Sure, I’ll do it.’ I got up on the stage and it was the most comfortable I’d felt. That’s when the wheels started turning. I didn’t consider [acting] seriously until I was in my mid-20s teaching and directing, and I was pulled in the direction of doing theater for a living.”

DREAM ROLE(S): Anything in a Lorca play, in Spanish, and preferably at the Spanish Repertory in New York City.

NEXT: Casting directors, she’s got nothing booked. After a break, she’ll spend at least three days a week in Atlanta, auditioning for theater, camera and voiceover work, seeing theater and staying in touch with what’s going on.

FINALLY: “Anything I’ve been able to accomplish in life I owe to my parents because they went against the odds to fight to get to the United States. I wouldn’t be able to do anything I’ve done without their support.”