Aurora Theatre has announced six mainstage shows for its 20th anniversary season, a mix of musicals, contemporary dramas and new work. Collectively, they own three best play/musical/revival Tony awards, a Pulitzer Prize and a slew of other honors.

The Harvel Lab series has not yet been announced, but producing artistic director Anthony Rodriguez hinted broadly in a Facebook post that it likely will include something from Decatur-born, San Francisco-based playwright Lauren Gunderson. Gunderson’s Silent Sky is onstage now at Theatrical Outfit. The award-winning playwright’s Exit, Pursued by a Bear and Emilie: La Marquise du Chatelet Defends Her Life Tonight were produced in recent seasons by Synchronicity Theatre and the Weird Sisters Theatre Project. 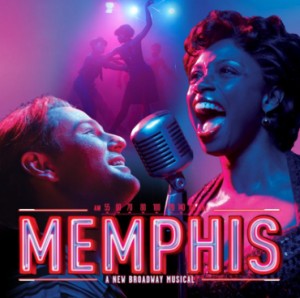 MEMPHIS. This co-production with Theatrical Outfit will play July 23-Aug. 30 in Lawrenceville before moving to the Rialto Center for the Arts in downtown Atlanta. The birth of rock ‘n’ roll in the South happened in Memphis, but there’s a lot more to this story than Graceland. Inspired by true events, pioneering disc jockey Huey Calhoun moves this iconic sound from radio to TV with some love life complications along the way. Winner of the 2010 Tony Award for best musical. 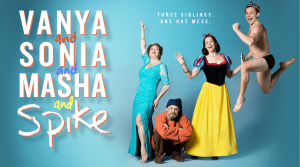 VANYA AND SONIA AND MASHA AND SPIKE. Oct. 1-25. A co-production with Horizon Theatre. This comedy by Christopher Durang, a riff on the work of Anton Chekhov, revolves around the relationships of three middle-aged single siblings, two of whom live together. It takes place during a visit by the third, Masha. Winner of the 2013 Tony Award for best play.

WIT. Jan. 14-Feb. 7, 2015. Margaret Edson’s 1999 Pulitzer Prize winner chronicles the life of Vivian Bearing, a college professor and John Donne expert who becomes a student of life as she fights to survive ovarian cancer. This is the only play that Edson, an Atlanta teacher, has ever written.

INTO THE WOODS. March 10-April 17, 2016. Composer Stephen Sondheim wonders what happens after happily ever after in this dark fairy-tale mash-up featuring Cinderella, princes, Little Red Riding Hood, a baker and his wife, and a witch. Winner of 1988 Tony awards for best book and original score and the 2002 Tony for best musical revival.

THE KIM BASINGER PROJECT. May 5-29, 2016. A world premiere comedy by Atlanta playwrights Topher Payne, Suehyla El-Attar and Johnny Drago. Commissioned by Aurora, which promises Southern-fried fun inspired by true events – in a fictional account of what happens when Hollywood invades Braselton, Ga.

Season tickets, on sale now, come in several packages ranging from $72 (educators and members of the military) to $214. Details, tickets HERE or at 678.226.6222. Single tickets will go on sale later.