'OUR GENERATION'S BROADWAY ROYALTY' — Encore Atlanta
Skip to content
ShareTweetShare
The world premiere of “Tuck Everlasting” runs through Feb. 22 at the Alliance Theatre 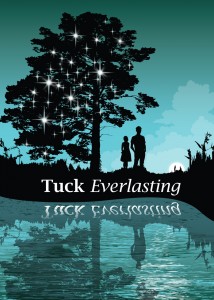 TONY AWARD-WINNING director-choreographer Casey Nicholaw is among the hottest makers of Broadway musicals around. His credits include the current Aladdin, Monty Python’s Spamalot (2005), The Drowsy Chaperone (2006) and The Book of Mormon (2011), for which he shared a best-direction Tony.

What has he done for us lately, you ask? That’s easy. Nicholaw, 52, has been at Atlanta’s Alliance Theatre preparing the world premiere of the new musical Tuck Everlasting. It’s based on Natalie Babbitt’s popular 1975 novel for young adults and, with a Broadway-caliber creative team and cast (including two-time Tony nominees Carolee Carmello and Terrence Mann) has all the earmarks of a show bound for New York. Previous Alliance projects, Aida and The Color Purple among them, had similar beginnings before circling back on national tours that played the Fox Theatre.

“He’s our generation’s Broadway royalty,” Alliance Theatre artistic director Susan V. Booth says of Nicholaw. “Aside from his total mastery of human and theatrical spectacle, I think we’re all so crazy about him because he’s so authentically crazy about the art form. And that passion glows in his work.”

As a kid in Southern California, Nicholaw wrote and directed backyard shows and pressed his friends into performing. “I loved making stories up and bossing other kids around,” he says, chuckling.

His mom got him dance lessons and took him to see professional shows. When he couldn’t get the musical theater training he sought in college — at age 19 and with $50 — he hoofed it to New York, made friends fast and camped on their couches.

The rest of the story includes building the resume that includes a 12-year performing career in such shows as Crazy for You, The Best Little Whorehouse Goes Public, Victor/Victoria, Steel Pier, The Scarlet Pimpernel, Saturday Night Fever, Seussical and Thoroughly Modern Millie before moving first into choreography and then directing.

In the past five years, Nicholaw says he’s met “maybe a hundred times” with the Tuck Everlasting creative team – book writer Claudia Shear and young songwriters Chris Miller and Nathan Tysen. The musical, set in New England at the turn of the 20th century, asks: If you could, would you choose to live forever?

Shear is a two-time Tony nominee, as actor and writer of Dirty Blonde (2000); Miller and Tysen are the 2014 winners of the Fred Ebb Award, given for excellence in music theater songwriting. It’s given to composers or songwriting teams who have not yet achieved significant commercial success.

Most of the Broadway musicals he performed in were new, as opposed to revivals, he says, adding: “So that’s how I learned to build a show and work things out from the ground up.”

Some 14 years ago, while onstage in Seussical, he had a bit of an epiphany. Deep down he was still that bossy kid wanting to take charge.

“I loved Seussical,” Nicholaw says. “But there I was, in this cage, wearing a costume made of purple yarn. I thought to myself: ‘There has to be something more for me. I want to be creative on my own.’ I just felt that there was something for me beyond that purple yarn suit.”

Tuck Everlasting, far from a lighthearted musical, has its own challenges.

“This one was a little tough at first,” Nicholaw says, “but its themes about life and death are as big as you can get. Those themes and the story’s emotional power make it right for a musical adaptation.” But yes, he adds, “we had to find moments to add lighter touches, bits of humor.”

He relishes the chance to both direct and choreograph. “I feel like it can only be helpful when the direction and dance have the same feel, flow and energy. I like high energy, and I like seamless transitions.

“You know what I really love in this story? The humanity. All four of the Tucks have a different opinion about living forever. Each responds in a different way. Each and every audience member should be able to relate to one of them. To some, living forever may seem like a blessing. To others, a curse.”

Booth says Tuck takes on the biggest question of all: “How do we value our lives?”

Would Nicholaw drink the magical water if it meant living forever? Shear has indicated she’d happily live forever, but Nicholaw is less gung-ho.

“I think life should be natural,” he says. “To me, life is about the people in your life and if they all passed away, I don’t know if I would want to keep on going.”

Nicholaw and the composing team talk about “Tuck Everlasting” in this VIDEO.