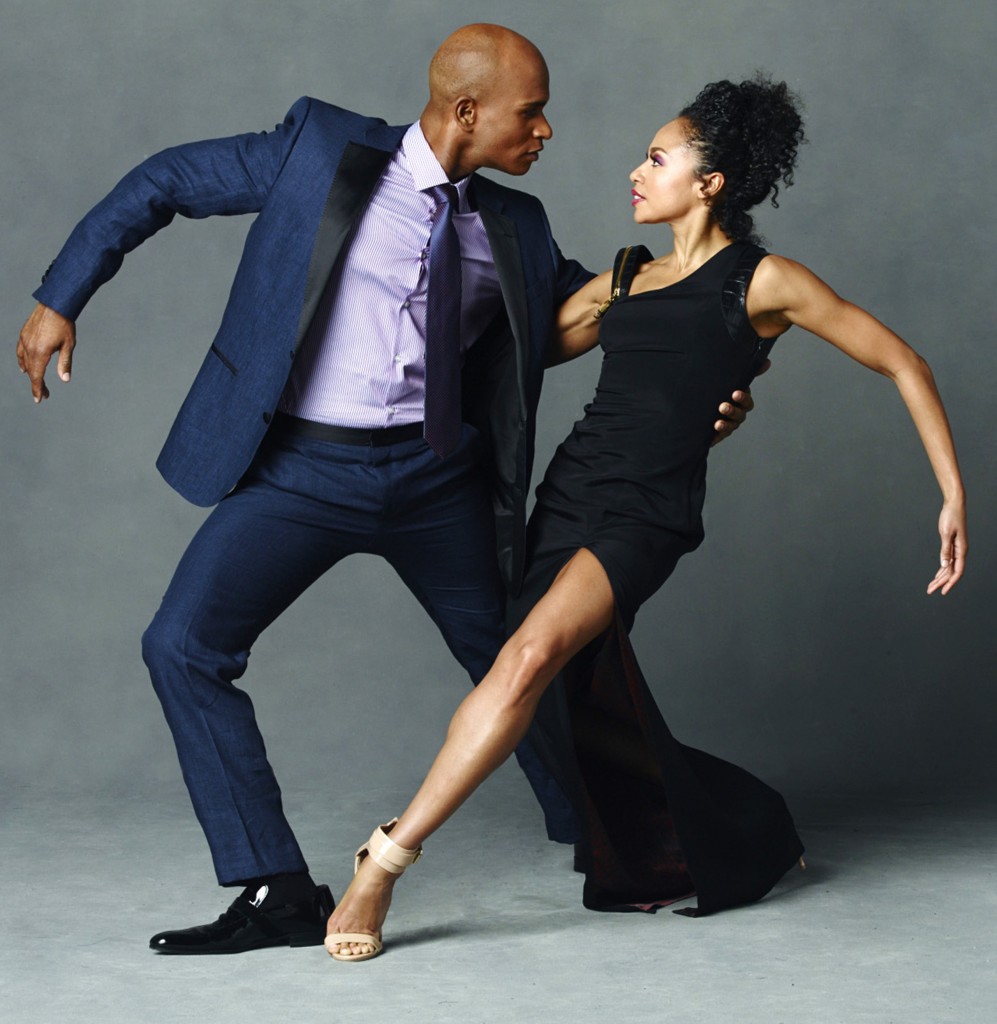 Glenn and Linda Sims had mutual friends in New York but didn’t know each other until he joined Alvin Ailey American Dance Theater. That was 17 years ago, about 12 months into her tenure. On the first day he took class with Ailey colleagues, he asked her out.

“I singled her out,” says Glenn Allen Sims, when asked how he and fellow dancer Linda Celeste got together.

“I thought she was a cute girl with great legs. Coming from New Jersey, you tended to date heavier-set females, and Linda had this great body and great legs – very muscular. And from all her pointe work, she had these voluptuous, awesome calves.”

“After class I basically chased her up West 61st Street.”

“He did,” Linda recalls. “He chased me up the street and walked me to the train.”

But they didn’t get together just then. 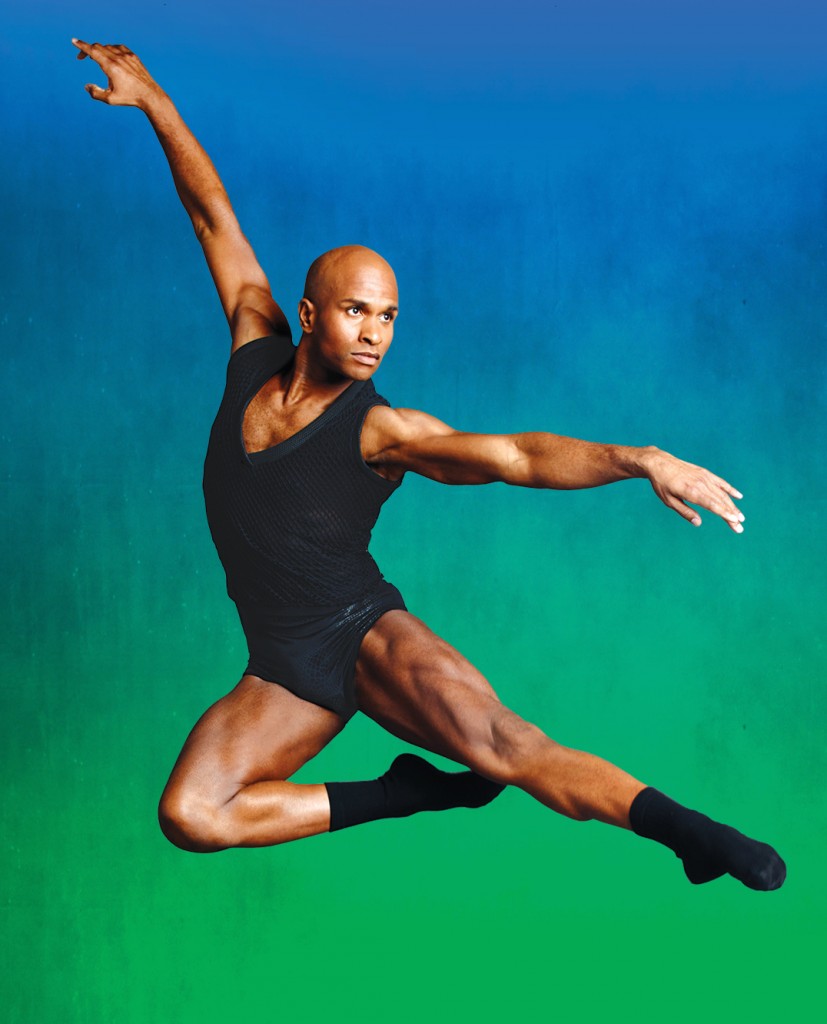 They became close while touring. A night of salsa dancing in Germany clinched it. “I realized that I was really starting to like him,” Linda says.

In keeping with a winter tradition in Atlanta, Alvin Ailey returns to the Fox Theatre with three programs. No matter which you see, you’ll catch Glenn and Linda Sims in showcase moments. They’ve performed in more than half the company’s 250 works, including the pas de deux “Fix Me, Jesus” in the famous gospel ballet Revelations, more than 2,000 times — and claim to never tire of it.

Artistic director Robert Battle calls Glenn “a strong Ailey man in the best sense.” There’s a certain way about his dancing, his “grounded-ness, his warmth as a performer and his expressiveness, that’s earthy but also ethereal,” says Battle. 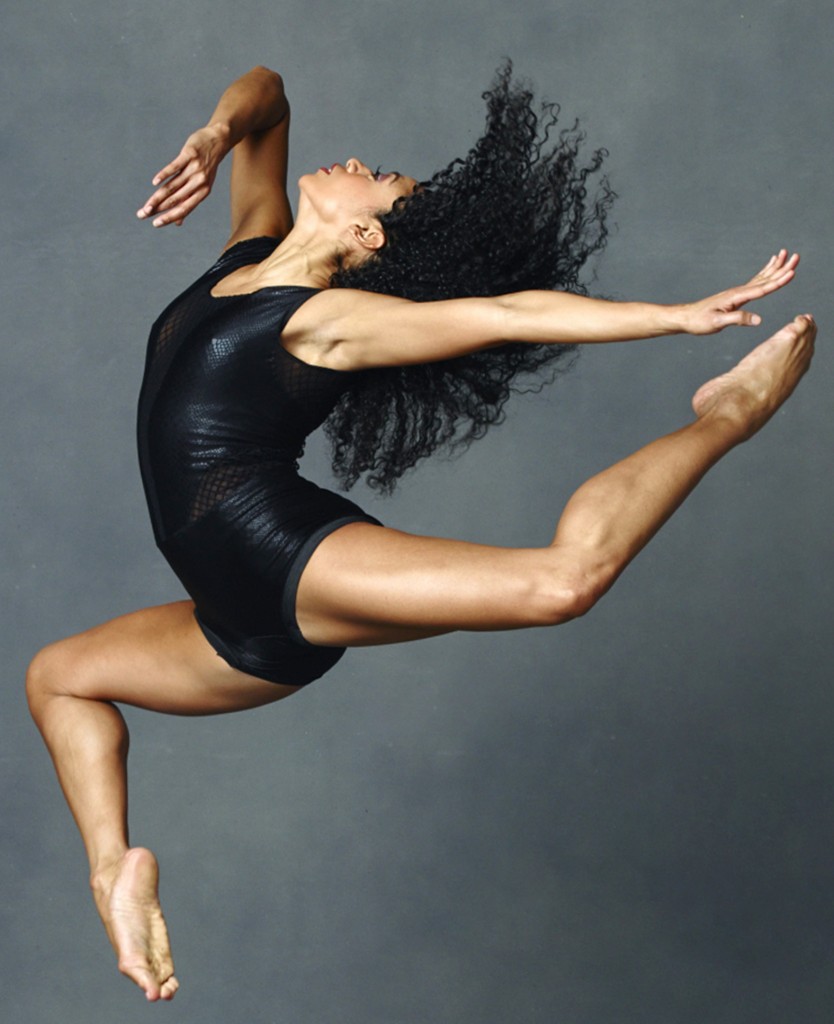 Linda, says Battle, is “equally spectacular. As an audience member watching her, I remember thinking that she could do anything. When she steps onto the stage you just feel completely secure.” From the most classical ballet work to hip-hop or Afro-Caribbean movement, “whatever you give Linda she is going to tackle it, be effervescent, and go above and beyond expectations.”

On this trip Ailey brings 10 pieces to Atlanta, including the much-anticipated “Odetta,” choreographed by powerhouse Ailey dancer Matthew Rushing, now a guest artist. The 40-minute work pays tribute to Odetta Holmes, the singer-songwriter-activist who was a prominent voice of the civil rights movement.

Program high points for Linda, 38, include the majestic “Suspended Women” by Jacqulyn Buglisi, a master teacher and former Martha Graham dancer. The piece illuminates the challenges of women through the ages. Linda calls it “quiet at times, mesmerizing, powerful.” 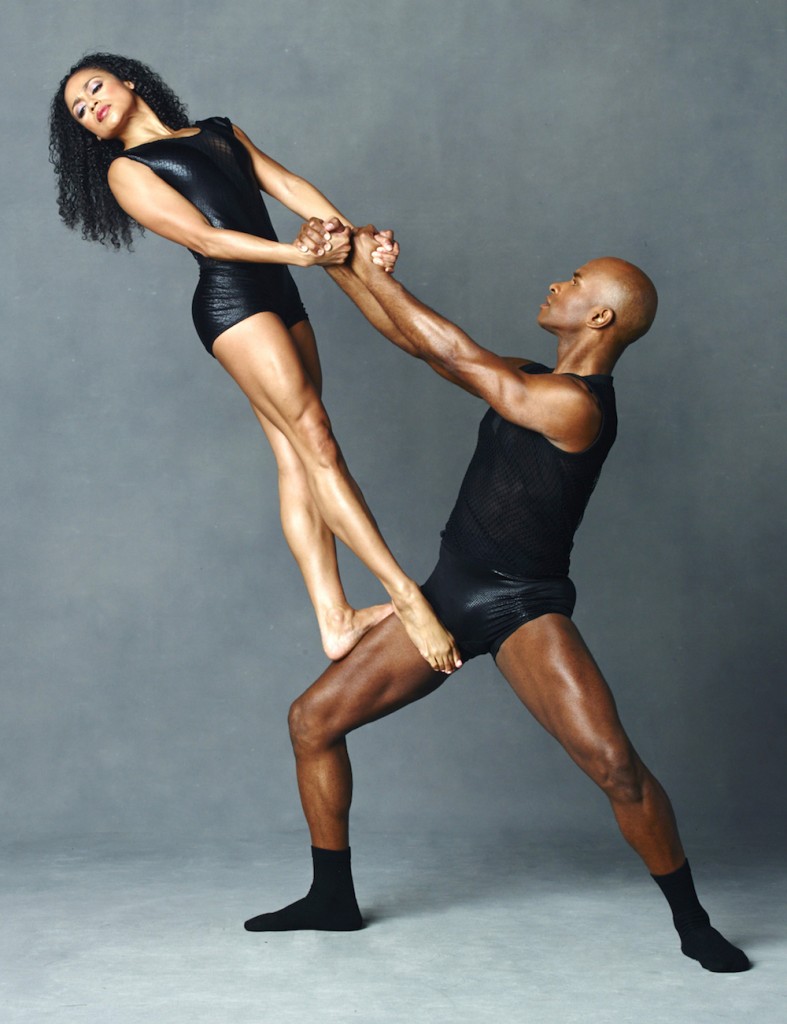 Glenn, 39, enjoys “Uprising” because there’s room for improv and he enjoys the creative challenge. It’s a high-intensity piece for seven men, “so a whole lot of testosterone. We get to smack and punch each other.”

The couple will perform a duet within Polish Pieces, in which the man frequently faces away from the audience. So, Glenn says, “I have to translate and emote with my back. The woman is trying to get the man’s attention and doing subtle things to see if I can respond to her.”

Whenever she has the chance to be a powerful woman up against a man, Linda says she’s having a good time. “It’s kind of like playing house. I get to portray that I am the powerful one and he is subdued. I can have fun with that.”

Glenn has been paired with others for Polish Pieces but says it feels new every time he gets to dance it with his wife. “It highlights our intimacy.”

“If I had my way, I would only dance with Linda,” he says. “The partnership comes so much more naturally because we are so close. She makes the most gorgeous line and I just love to frame her. In classical partnering, they always say the woman is the picture and the man is the frame.”

Together, perhaps, they’re a portrait for the ages.