Phantom of the Opera runs Oct. 22-Nov. 2 at the Fox Theatre. 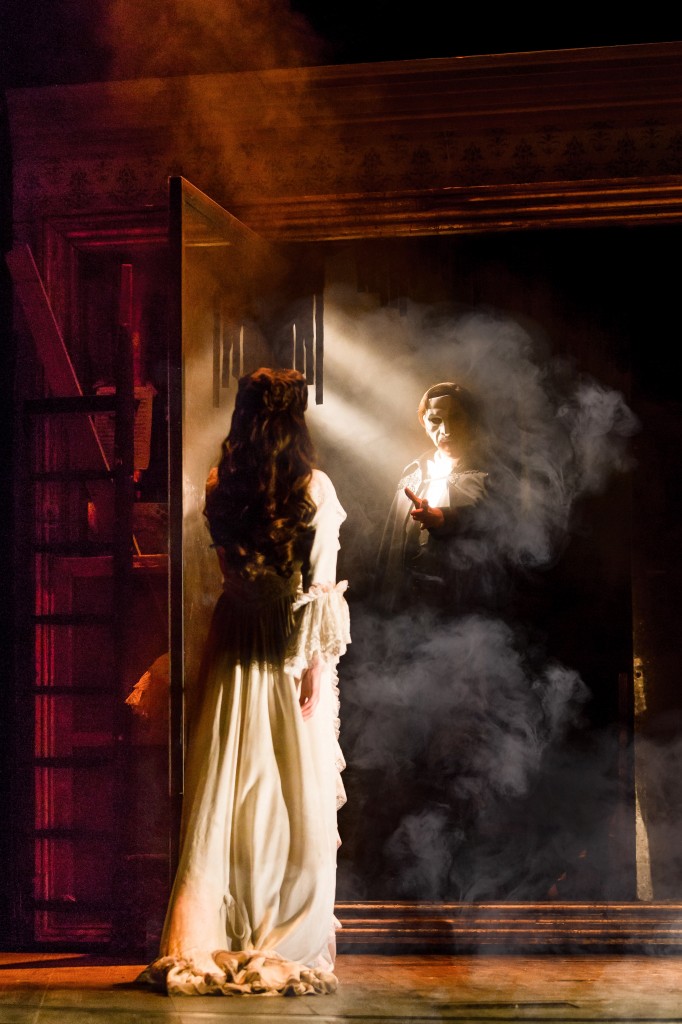 How to account for the phenomenal success of The Phantom of the Opera?

There are many theories for the popularity of the show that opened in 1986 in London, and, in New York, has chalked up more than 11,000 performances to date. It’s easily Broadway’s longest-running musical, still regularly grossing $1 million a week.

“I think it’s that no matter who you are, there’s a character in the show you can identify with,” says Heather Chockley, one of four stage managers for the “newly conceived” road tour of Phantom, now making its way around the country in 21 tractor-trailers. This massive tour includes a cast of 37 plus 20 crew members who travel with the show; 100 more are hired in each city.

“Whether you go into it as a romantic or not, you encounter a man who only wants one thing — to be loved by one person,” he says. “If that’s not universal, I don’t know what is.”

Sklar-Heyn believes that he represents many theatergoers who want to experience “something that will move me in a way that film can’t.” Phantom, he says, has all the goods: “It’s a production where the music moves you, the visual moves you, the story moves you.”

Sklar-Heyn works for Cameron Mackintosh, Phantom’s name-above-the-title producer. In addition to overseeing the Broadway production, he pops into various cities to ensure the touring show remains tight, fresh and balanced.

“Above all, I want the audience to get the story clearly,” he says. “For that to happen, all the parts must be unified, from the sound and the music to the performance levels.” Broadway audiences continue to experience the original production, but this tour gives theatergoers across the nation the first opportunity to see a “fresh look” Phantom, according to Mackintosh.

The story, script and original costumes, created by the late Maria Björnson, remain the same, although the new version includes some Björnson designs that haven’t been used until now.

In this version, the Phantom is onstage more; in the original, he’s often heard but not seen. And that famous falling chandelier? It still falls, but the new design is by Howard Eaton, who created the fiery 2012 Olympic rings in London.

“This chandelier weighs one ton,” says Chockley. “It’s rigged to move in new and terrifying ways. It’s particularly fun for the people in the audience sitting under it.”

The scenery is new, too. The goal was to create a design that would do more to contrast the Phantom’s dark and dank backstage world with the traditional opera-house setting.

The set’s centerpiece is a massive wall unit that Chockley and crew members call “The Beast.” It rotates on something like a train track, can move in various ways and split open to create other settings. Those familiar with the original Phantom likely will notice that more real-life details have been added to settings.

Yet, the updated Phantom is less about design elements than sensibility.

“You could call it a more naturalistic, contemporary approach to both characters and story,” says Sklar-Heyn. After all, he says, theatergoers’ tastes have changed since the 1980s, as have performance styles. Also, much more is possible — and even expected — in technical wizardry, from digitized lighting to pyrotechnics.

Director Laurence Connor was given the chance to “fill in more blanks, to clarify details, to redefine perspectives,” Sklar-Heyn says. Also, the actors have had a certain freedom to put individual stamps on their characters.

Actors, as many of us know, say “break a leg” to wish each other luck before a performance. Chockley and crew members have their own saying: “We say ‘See you on the ice.’ This is a very complicated show, and everything depends on everyone,” she says. “So, that’s our way of saying, ‘Hey we’re all in this together, and it’s slippery out there, so let’s be careful.’ ”