A truck that becomes a dance stage and a livestreamed performance that originates on the other side of the world. The late-night color pattern on your grandma’s ancient TV and the air above the Five Points MARTA auditorium.

All are the inspirations, or venues, for four of the 100-plus artists who will help art break free of traditional confines in Elevate Atlanta 2014, running Oct. 17-23 in locations and venues scattered around downtown Atlanta and its neighborhoods. The annual public art program and event week, hosted by the Mayor’s Office of Cultural Affairs, is in its fourth year.

The works of these four artists represent the panoply of events that include everything from art installations in unexpected outdoor locations and alternative galleries to circus acts, films and “poetic interactions.” Here’s some of what to look for:

Remember the days before 24-hour TV programming when the color-bar pattern came on after the local station signed off for the night? If not, you can inspect “Calibrate,” Romy Maloon’s interpretation of this cultural oddity from an earlier era in her wall of handmade flowers covering a building façade on Walton Street between Fairlie and Forsyth streets.

The pattern “would come up to reset everyone’s color chart so we are looking at the same thing,” she says. “My artwork is like a reset of how people view a vacant building and maybe we can imagine something new together.”

Maloon chose flowers “because they are both relatable and tactile. My project is a nod to this year’s Elevate theme, which is ‘Social City.’ I’m hosting flower knitting circles every week and inviting people to help. I usually create alone, but this is a community art endeavor.” 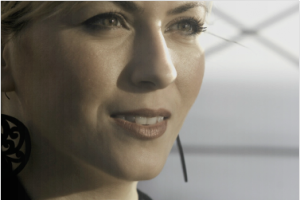 “I wanted to participate in Elevate, but I had an opportunity to go home to Turkey,” Sumer says. “Then I realized because of current technology I could do both. Working with a team here and contemporary dancers in Turkey, we can create something new. Live-streaming from Istanbul we will project the images of dancers there onto various dancers and other surfaces in Atlanta, creating an emotional connection between both cities. Art and technology will bring these two cultures together.”

7-9 p.m. With Halloween about a week away, aerialist Abby Joslin will perform “Hours of the Darkest Night,” an event that brings back acts from the Atlanta Fringe Festival.  “We invite the audience to go for a magical journey in the dark woods,” says Joslin, who specializes in the rectangle, trapeze and Lyra aerial hoop. “Suspending the laws of space and time, we’ll create a performance with live music, and thrilling ground and aerial dance. We will explore the role that darkness and mystery play in our lives. It’s a little spooky and a lot of fun.” 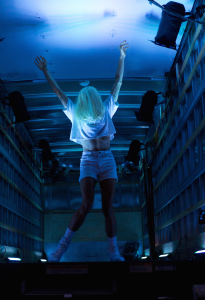 7:30 p.m. In the theater-tech world, load-in doesn’t usually inspire artistic visions, unless you’re Malina Rodriguez. The lighting designer and technical director was watching crews unload equipment for Alvin Ailey American Dance Theater’s stopover in 2009 when it occurred to her that the truck itself could be the stage. Thus was born Dance Truck, which returns to Elevate for the closing show.

“We actually outfit a 26-foot box truck with stage lights, props, a sound system and dance floor,” Rodriguez says. “We will have DJ Santiago Páramo cranking up the tunes, and we are presenting five incredible dancers: Corian Ellisor, Hez Stalcup, DENSE, Natalie Eggert and special guest Makoto Hirano from Philadelphia.”

And yes, you can dance in the truck between performances and after the show. 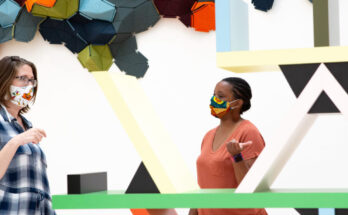 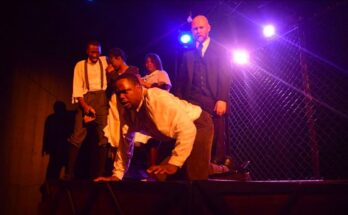 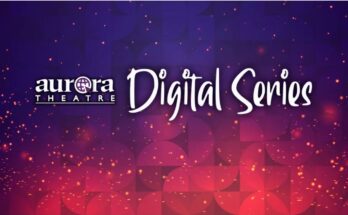