Happy (and you know it) — Encore Atlanta
Skip to content
ShareTweetShare

Like its Scandinavian brethren in Denmark, Finland and Norway, Sweden is a perennial stalwart near the top of the list of the world’s happiest countries. Driving through its impossibly green countryside — where litter is nonexistent, renewable energy sources such as wind turbines are ubiquitous and everyone seems kind and courteous to strangers — it’s easy to see why.

Perhaps that explains why Sweden has a 40-year history of sunny pop music so infectiously happy, it would give Pharrell Williams a sugar high. And it all started with ABBA.

Formed in 1972 in Stockholm by Agnetha Fältskog, Björn Ulvaeus, Benny Andersson and Anni-Frid Lyngstad (romantic couples offstage), ABBA’s name came from an acronym of band members’ first names. Their breakthrough came in 1974, when the song “Waterloo” won the prestigious Eurovision Song Contest, making them the first Swedish artists to take home the prize.

The band dabbled in the glam-rock sound that was trendy at the time, which Ulvaeus later acknowledged was a mistake: “[It] was stupid because we were always a pop group.” By 1975 the group had found its formula for Billboard chart success, collecting a string of Top 40 hits that included “Waterloo,” “SOS,” “Mamma Mia” and “Fernando.” “Dancing Queen” gave the group its first No. 1 single in the United States, and by the end of the 1970s, ABBA was among the world’s most popular bands.

ABBA’s music makers went their separate ways in 1983, staying together for four years after Ulvaeus and Fältskog divorced. While the women went on to respectable solo careers, Andersson and Ulvaeus collaborated with Tim Rice on the stage musical Chess (London and Broadway), co-wrote a Swedish stage musical, were involved in the stage and film productions of Mamma Mia!, and continue to write songs together today. But it’s the music the quartet made together that has had an indelible influence on pop culture, and particularly the music of Sweden. Let’s take a survey. 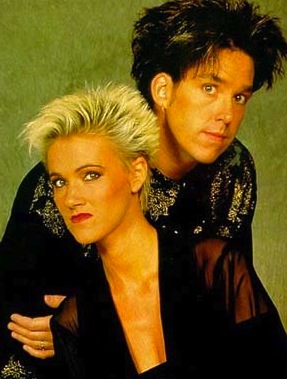 Roxette. Formed in 1986 by Marie Fredriksson and Per Gessle. Roxette was the first Swedish band that came close to approaching ABBA’s level of global pop success. Its third (Look Sharp) and fourth (Joyride) albums sold a combined 20 million copies, charting six singles that hit No. 1 or No. 2 on Billboard charts (“The Look,” “Listen to Your Heart,” “It Must Have Been Love,” “Joyride,” “Dangerous” and “Fading Like a Flower”). They were even more successful in Europe, and Swedish King Carl XVI Gustaf honored the duo in 2003 “for appreciated achievements in Sweden and internationally.” 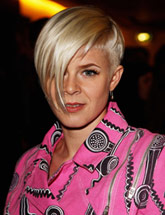 Three major acts emerged in this decade, achieving success on the pop, rock and dance music scenes. Ace of Base was arguably the biggest band in the world in 1993, selling 23 million copies of its syrupy-sweet debut album, Happy Nation, thanks to the Top 10 singles “All That She Wants,” “Don’t Turn Around” and, especially, “The Sign” (which spent six weeks at No. 1). The Cardigans made a splash in indie-rock circles on the strength of the hit single “Lovefool” (“Love me, love me, say that you love me”), which was featured on the soundtrack of William Shakespeare’s Romeo + Juliet. Teen sensation Robyn broke out in 1997 when her dance singles “Show Me Love” and “Do You Know (What It Takes)” made it to Billboard’s Top 10. She remains a Swedish icon today.

In the past 15 years, Swedish music has had an increasingly high profile on the international scene. From electro-pop duo The Knife and indie-pop trio Peter Bjorn & John to garage-rock revivalists The Hives and singer-songwriter Likke Li, the sounds emerging from this Scandinavian nation are impressive in scope and diversity. Emerging techno-pop acts such as Swedish House Mafia, Avicii and Icona Pop (whose debut single “I Love It” sold nearly 3 million copies) are providing the lively soundtrack for a new generation of dancing queens.

But, as evidenced by the success of A*Teens (the tribute band whose 1999 album of ABBA covers sold 3 million copies) and the staying power of the Mamma Mia! musical (in its 13th year on Broadway), there has never been a Swedish band to rival ABBA’s enduring legacy. And, with about 120 million albums sold worldwide, there likely never will be.