Synchronicity Theatre has raised nearly $160,000 in two months as it prepares to inhabit its own home for the first time ever. The 16-year-old company plans to raise $475,000 with its transition campaign, which has two goals: to fund the build out of its new Midtown space and to ensure the company’s financial stability. 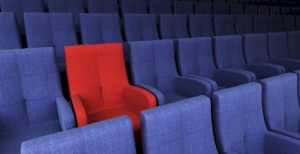 Synchronicity, known for its bold, gutsy, smart programming, has contracted with Emery and Associates for renovations to the former Ansley Park Playhouse in the Peachtree Pointe building. The rechristened Synchronicity Theatre, supported in part by the Dewberry Foundation, is scheduled to open Sept. 26 with the world premiere of Carson Kreitzer’s Wonder Woman-themed Lasso of Truth. Plans to offer beer and wine are underway.

The 140-seat space will house the company’s Bold Voices and Family Series shows. Its neighbors at the 1545 Peachtree St. N.E. location include La Pietra Cucina (LPC) and Jolie Kobe bakery. The space is within walking distance of the Alliance Theatre, High Museum of Art and Atlanta Symphony Orchestra.

Transition campaign donors to date include AEC Trust, the Tull Charitable Foundation, the Simpson Organization and the Kendeda Fund. In-kind donations have come from Mohawk Flooring, Pinnacle 33 Signage, Home Depot and McKenney’s. Contributions from individuals and board members have topped $60,000.

As part of its campaign, Synchronicity is running a “name-your-seat” promotion. With a tax-deductible gift of $250, a plaque with your name goes on a seat. For $500, you can choose your seat location.

Synchronicity, over the years, has performed at 7 Stages and Horizon Theatre in Little Five Points/Inman Park, Theatrical Outfit downtown, the former 14th Street Playhouse in Midtown and even the Beam in southeast Atlanta. It sees its new home as a hub for many of the smaller Atlanta arts groups that are still without their own spaces.