Colliding with Steinbeck, theater and each other — Encore Atlanta
Skip to content
ShareTweetShare

Eric Baylot, an 18-year-old theater major at Georgia Perimeter College, calls the Collision Project “the most exciting experience I’ve ever had in my life.”

He’s one of 20 teenagers from across metro Atlanta taking part in this intensive three-week summer workshop at the Alliance Theatre. The Collision Project, as it’s called, began 13 years ago to give teens an “ownership-authorship relationship” with theater as opposed to the “sit-there-and-watch it” role, according to Artistic Director Susan V. Booth.

This year’s group includes one home-schooled student and another who attends a private school. The rest come from near and far —  public schools in Atlanta, Cobb, DeKalb, Douglas, Fayette, Fulton, Gwinnett and Paulding. Only a handful of the 20 attend an arts magnet school or one known for its theater program.

Each summer, a new group of Collisioners creates a performance piece inspired by a classic text, from Antigone and Romeo and Juliet to the Rev. Martin Luther King Jr.’s “I Have a Dream” speech. This year’s text: John Steinbeck’s 1939 novel The Grapes of Wrath.

The Collision Project is so named because students “collide” with the text, each other and everything from museum visits and sessions with guest artists to their own feelings, ideas and discussions. Along the way, they write-write-write. A professional shapes their material into a final script. This summer, for the fourth time, the task of scribe falls to novelist-playwright Pearl Cleage, who’s also the Alliance’s Mellon Playwright in Residence. 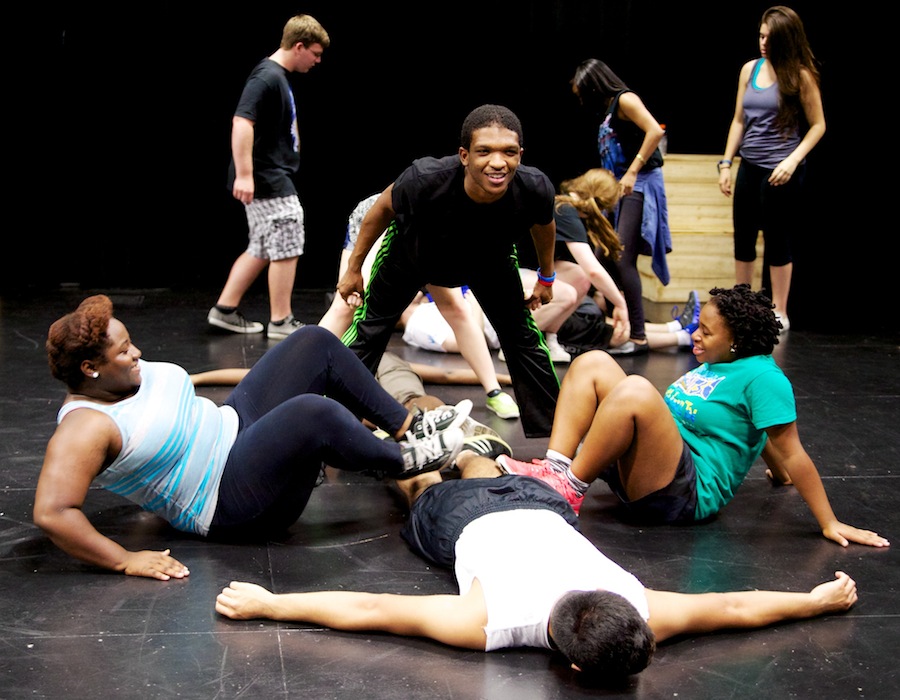 “I love this program and the chance to work with and learn from these talented young people,” Cleage says. “All have great gifts. Some are wonderful writers, some are talented performers. My job is to see what gifts are in the room and how to mix them up together in the best way I can.”

This weekend the Collisioners will stage two performances of their final production, a piece titled Tom Joad’s Blues: An American Odyssey. The performances are free, but reservations are required (email Collision.Project@woodruffcenter.org or call 404.733.4749).

Cleage helped choose the participants from among 65 applicants, looking for curious young people who were comfortable expressing their own ideas. The 16- to 18-year-olds don’t pay to participate, and this year, thanks to grant support, each receives a $250 stipend. They’ve worked with Cleage, director Patrick McColery and such guest artists as folk musician Doria Roberts, African dance choreographer Mama Yeye, theater artist Bryan Mercer and actor Mark Cabus.

In one recent session, Cabus brainstormed with them on such topics as misconceptions about the poor and the vulnerability of the human race. There was ample discussion about the Steinbeck chapter that focuses on a turtle that slowly climbs out of a ditch, only to slide back down into it. “Definitely a parable of the human race,” said one student. 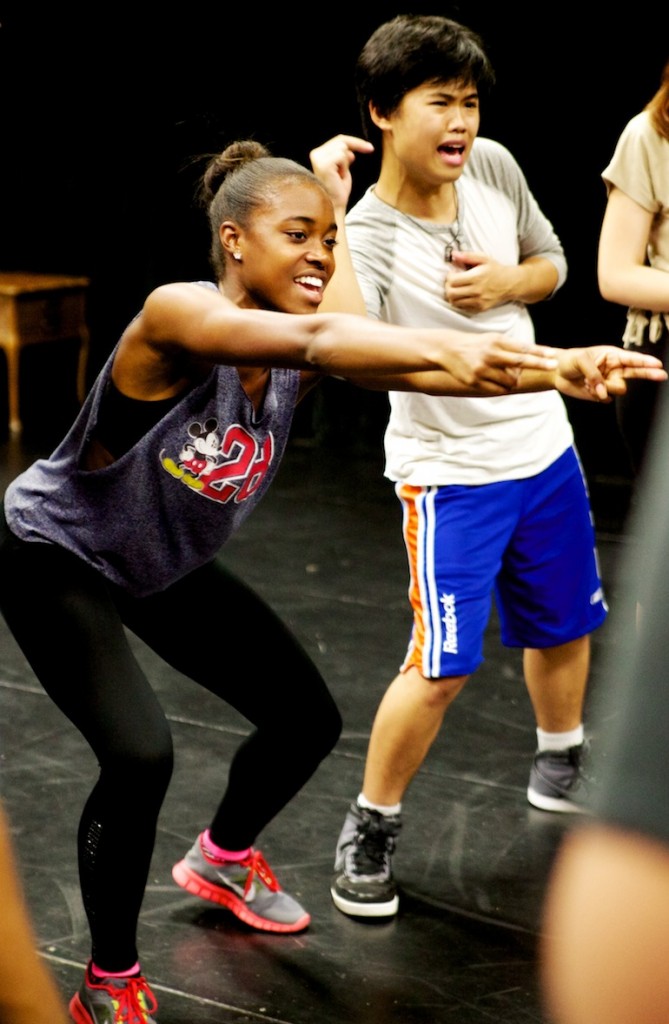 At its best, theater “puts us on a collision course with lives and truths other than our own,” Booth says. “Every year, after a beautiful performance, these young people tell us the same thing: ‘My heart is bigger now, with room for people I never thought I’d know.’ And theater did that.”

The Grapes of Wrath might be 75 years old, but its themes of poverty, immigration, family, homelessness and income inequality resonate today, McColery says.

“You’re seeing the same things on the news that you saw in The Grapes of Wrath,” he says. “People being turned away, people being shut out and displaced through no fault of their own. We’re still grappling with this idea of being afraid of the ‘other.’ The show that these young folks are creating gives us the chance to hear from the minds and hearts of the next generation, what they feel and are worried about in terms of these same issues.”

Cabus, at one point, asked the Collisioners to write for two minutes without stopping, choosing either the point of view of someone who is a “have” — or a “have-not.”

“Trust your impulses,” he advised. “Don’t edit, don’t stop, just write.” He then asked them to create just one sentence from what they’d jotted down. Then he broke them into small groups so that each group could work on “physicalizing,” or staging, ideas that had come from their writings.

That’s how the show comes together. Bit by bit, a little at a time.

“I know our show will be breathtaking,” says Gloria Clark, 17, a Decatur High student and poetry slammer. “We have put in so much work and the way all of our words flow together, it makes a beautiful waterfall that will both splash and shock the audience.”