Another suitcase in another town — Encore Atlanta
Skip to content
ShareTweetShare

The musical “Evita” runs June 3-8 at the Fox Theatre.

FOR JOSH YOUNG, pulling into Atlanta on the national tour of Evita doesn’t just mean “another suitcase in another hall,” to borrow the refrain from one of his softer numbers in the Andrew Lloyd Webber-Tim Rice musical. 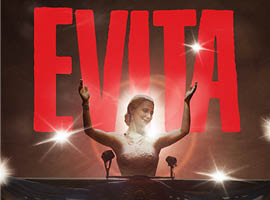 “Atlanta is kind of special to me because it’s where I started out. The Fox Theatre was my first professional theater, and it was my first Actors’ Equity job,” he says, answering the time-honored question about when he got his union card, a mark of professionalism.

The year was 2003 and Young, straight out of Syracuse University’s drama department, had been cast as the young crusader Marius in a tour of Les Misérables.

“The Georgian Terrace was the nicest hotel ever,” he recalls. “It spoiled us for the rest of the tour. So I love Atlanta.”

In the decade since, Young has built his reputation and musical theater resume. He can sing, dance and act. And he isn’t lacking in leading-man looks or charisma. A 2012 Tony Award nomination for his work as Judas in the Jesus Christ Superstar revival only enhanced his standing as a rising star.

Now he’s back in Atlanta as Che, who whisks audiences through the brief and dramatic life of Eva Duarte Perón, aka “Evita,” a common girl with uncommon ambition who became the wife of Argentine President Juan Perón and an object of cult-like devotion. Atlanta is the 25th stop on the 28-city tour that began just after Labor Day 2013.

Young, a Philadelphia native, says he’s having the time of his life as Che. Critics have called his work “remarkable” and “mesmerizing.” One called him a “superstar in the making.” But the greatest honor of all, he says, was being compared to idol Mandy Patinkin, who created the role of Che in 1979 and won the best-actor Tony for doing so.

“I like to think they are just positive reinforcement for me to keep on doing what I’m doing,” Young says of his reviews. “I’m so comfortable in this role. It suits my voice very well. It just feels right.”

The fit wasn’t always so comfortable. There are two distinct interpretations of Che, and Young, now 34, has played both. In the original 1978 London production, Che was an anonymous Everyman figure. (In Argentina, “che” is slang for “man,” “bro,” “hey, buddy” or even just “hey.”)

A year later, as the show readied for Broadway, director Hal Prince chose to reinterpret Che as the Marxist guerrilla “Che” Guevara, a Fidel Castro cohort during the Cuban Revolution. Young played the first version in 2010 at the Stratford Festival in Ontario; here, as in the recent Broadway revival, the omniscient narrator is back to being just one of the guys.

“I thought for sure I would better appreciate my first experience at the Shakespeare festival in Canada,” Young says, “But I’ve been converted. For one thing, Che Guevera never crossed paths with Evita. I’ve come to believe that it makes a lot more sense in telling the story to use someone who needed Eva. I see him as a working-class family man who could be one of the people rooting for her to figure out their problems. It’s much more effective.”

Che is a demanding role, the character is always onstage. Its vocal demands are considerable. So how does Young live out of a suitcase, maintain stamina and protect his voice for eight shows a week?

He works out an hour a day then does nothing but rest, he says. He keeps to himself. Doesn’t go out at night, except, occasionally, before his Monday off day.

“I get to do what I love,” he answers. “I wouldn’t trade it for anything.” 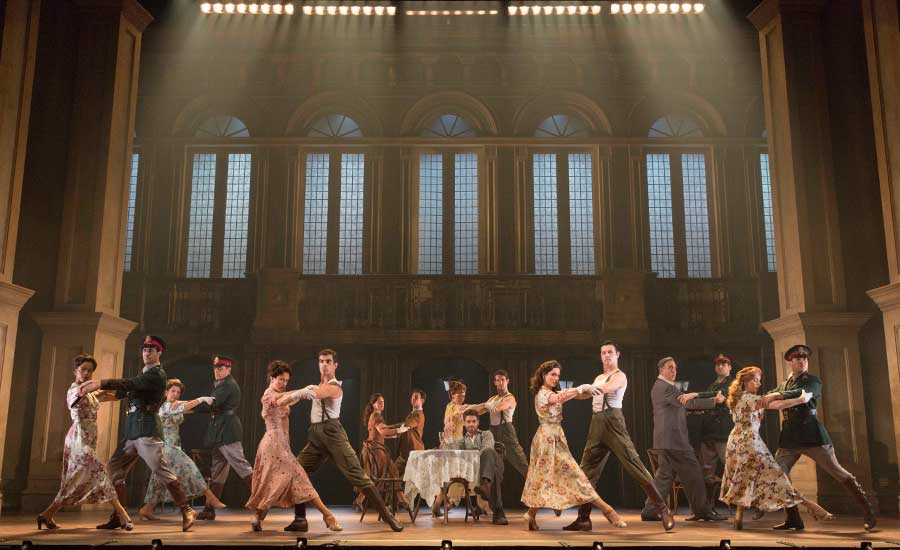