WITH ITS BLEND of Islamic and Egyptian architecture, an auditorium designed to replicate an Arabian courtyard, and a night sky ceiling with cloud projections and 96 embedded crystal stars, the fabulous Fox Theatre was once described as having “a picturesque and almost disturbing grandeur beyond imagination.”

It’s also an impressive alternative to the unpredictable weather of the great outdoors, making it a great place to catch a concert. Here’s what’s scheduled for the next few months:

Though he was born and raised in Indiana, Mike Epps first made a name for himself as a stand-up comedian in Atlanta in the mid-1990s — before breaking out nationally on TV’s “Def Comedy Jam.” He’s since appeared in numerous high-profile films, including the Friday, Resident Evil  and Hangover series. His laid-back approach to urban comedy finds him touching on a broad variety of topics,from ghetto strip clubs to pop-culture touchstones like Miley Cyrus. The After Dark tour that brings him to town is the 2nd on an international tour to 10 U.S. cities and four in Australia. 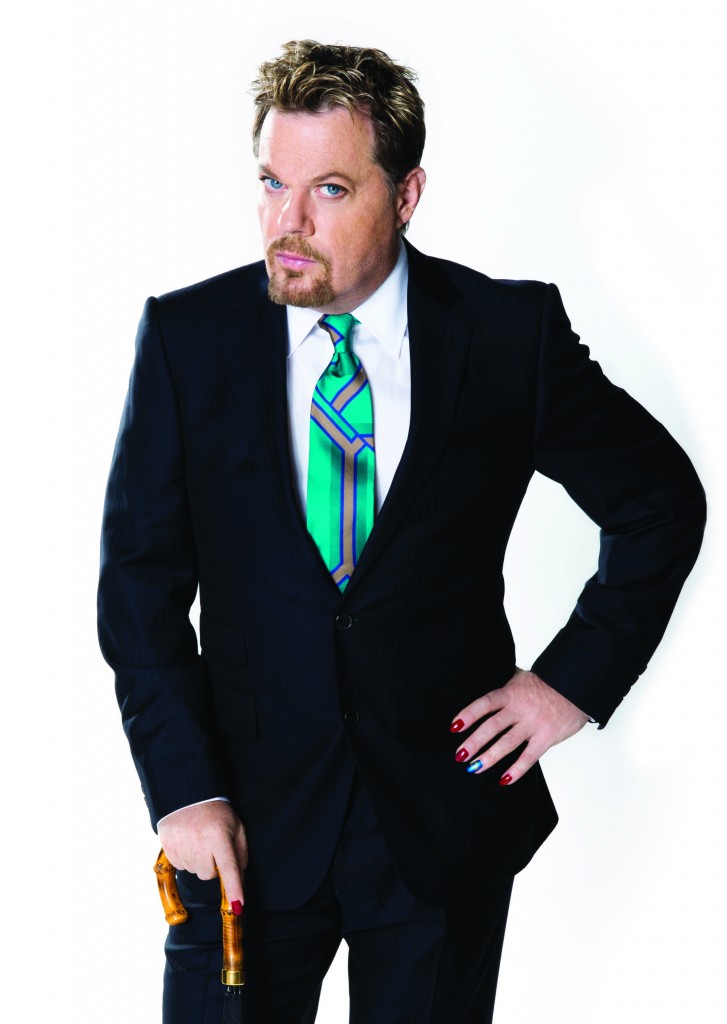 Eddie Izzard wasn’t the first British comedian to blend cross-dressing, surrealism  and a keen sense of the absurd. But you could argue that he’s the second coming of Monty Python (John Cleese has referred to him as “the Lost Python”), and he’s working on a sci-fi comedy directed by Python’s Terry Jones). In addition to his award-winning comedy, Izzard is also an accomplished actor, from films such as Ocean’s Twelve to his recent turn on NBC’s “Hannibal.” Izzard’s Force Majeure tour may be one of Atlanta’s last chances to catch him onstage for some time, as he’s announced his intention to run for political office in the future.

Like many comedians, George Lopez overcame adversity — his father abandoned the family when he was 2 and his mother when he was 10 — before he found fame as a funny man. His first big gig was as a radio DJ in Los Angeles, but in 2000 actress Sandra Bullock signed him to produce, write and star in his own self-titled sitcom. He’s been on a hot streak ever since, hosting the late- night talk show “Lopez Tonight” for TBS and now starring in “Saint George” on FX. Influenced by Freddie Prinze Jr. and Cheech Marin, his observational humor addresses Latin culture, racism and family, and often veers into blue territory.

Blue-eyed soul singer Michael McDonald has essentially had three successful careers. He started singing and playing keyboards on classic Steely Dan albums like Aja. In 1975 he was recruited by the Doobie Brothers after their frontman fell ill. McDonald wrote some of the Doobie Brothers’ biggest hits, including “Takin’ It to the Streets” and “What aFool Believes.” Since then, the singer-songwriter has collaborated with legends like Carly Simon (“You Belong to Me”), Patti LaBelle (“On My Own”) and Aretha Franklin. He’s also worked with L.A.-based rock band Toto (“Hold the Line,” “Africa”), with whom he reunites on this co-headlining tour.