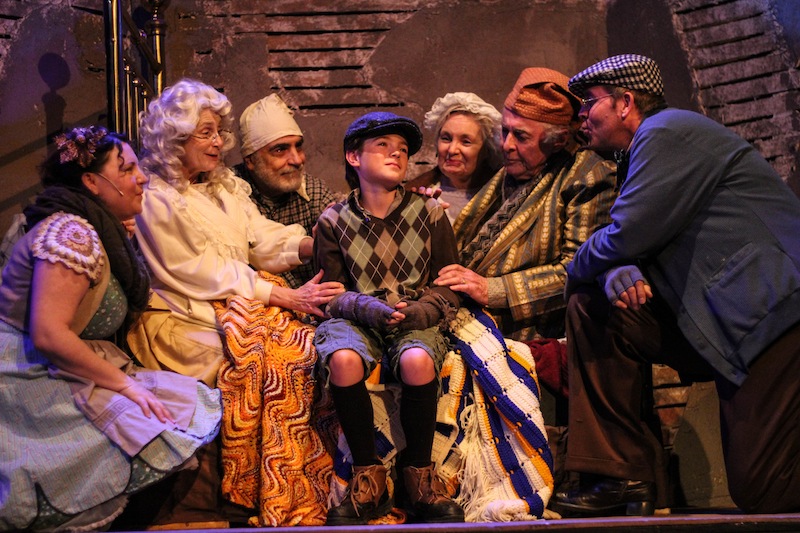 Happy May Day! Looking for something cultural to do this weekend and beyond? Our select list of recommendations includes “Willy Wonka the Musical” at the newly rechristened Fabrefaction Theatre Conservatory. Pictured (from left) some of those in the show’s 39-member company: Whitney Umstead Sinkule, Holly Stevenson, Michael Shikany, Christian Conte, Diane Dicker, Jim France and Al Dollar.  Photo by BreeAnne Clowdus

Maurice Hines Is Tappin’ Thru Life. FINAL WEEKEND. The lifelong performer and Tony Award nominee narrates his own story in this musical, which also pays tribute to his Tony Award-winning brother, Gregory, and singers from Frank Sinatra to Judy Garland to Lena Horne. With the all-female, nine-piece Diva Orchestra and the tap-dancing Manzari brothers. A co-production of the Alliance Theatre, Arena Stage in Washington, D.C., and the Cleveland Play House. The critics: “A class act. … Elegant, timeless and possessing the seasoned showman’s ability to step onstage and create an environment that’s simultaneously intimate and communal” (Andrew Alexander, ArtsATL.com); “Makes the case that he’s the last of the great vaudevillians … sassy, charismatic and ever upbeat” (Wendell Brock, The Atlanta Journal-Constitution). $30-$75. 7:30 tonight; 8 p.m. Friday; 2:30 & 8 p.m. Saturday; and 2:30 & 7:30 p.m. Sunday. Alliance Theatre, Woodruff Arts Center, 1280 Peachtree St. N.E. Details, tickets HERE or at 404.733.5000.

Willy Wonka the Musical. THROUGH MAY 11. The story of the famous candy man and his quest to find an heir. Willy Wonka, based on the Roald Dahl book Charlie and the Chocolate Factory, features a score by Leslie Bricusse and Anthony Newley plus songs from the fairly famous movie. Craig Waldrip is Willie Wonka. This is the first show produced under Fabrefaction Theatre’s new name and conservatory model. The critics: “A telling for children to gobble and adults to savor” (Wendell Brock, The Atlanta Journal-Constitutio). $15-$30. 99 Brady Ave. Details, tickets HERE or 404.876.9468. See this ENCORE FEATURE and VIDEO CHAT with artistic director Christina Hoff to learn more about the cool new model.

First Fridays. 6:30 P.M. The Atlanta Symphony Orchestra invites you to skip traffic and get a classical jump on the weekend at this, the final First Friday  of the season. The bar opens early, the music starts at 6:30 p.m. and a shorter program means you’ll be out the door by 7:45 or so. Maestro Robert Spano leads the ASO in Dvorák’s popular “New World” Symphony, inspired by traditional Native American and African- American music. $25. Atlanta Symphony Hall, Woodruff Arts Center, 1280 Peachtree St. N.E. Details, tickets HERE or at 404.733.5000. Discount tickets ($15) at PoshDealz.com.

Topdog/Underdog. ENCORE PERFORMANCE. Suzan-Lori Parks’ 2002 Pulitzer Prize-winning drama chronicles the adult lives of brothers Lincoln and Booth as they cope with women, work, poverty, gambling, racism and their troubled upbringings. By donation at the door only; $10 minimum. 8 p.m. Staged by Songs of Karibu, a newish Atlanta company “dedicated to healing society through the arts.” At the Alchemy of Acting Studios, 115 Martin Luther King Jr. Drive S.W., Suite 275 (look for the green awning). Parking is $3 in the smaller Underground Atlanta deck at MLK and Pryor Street. 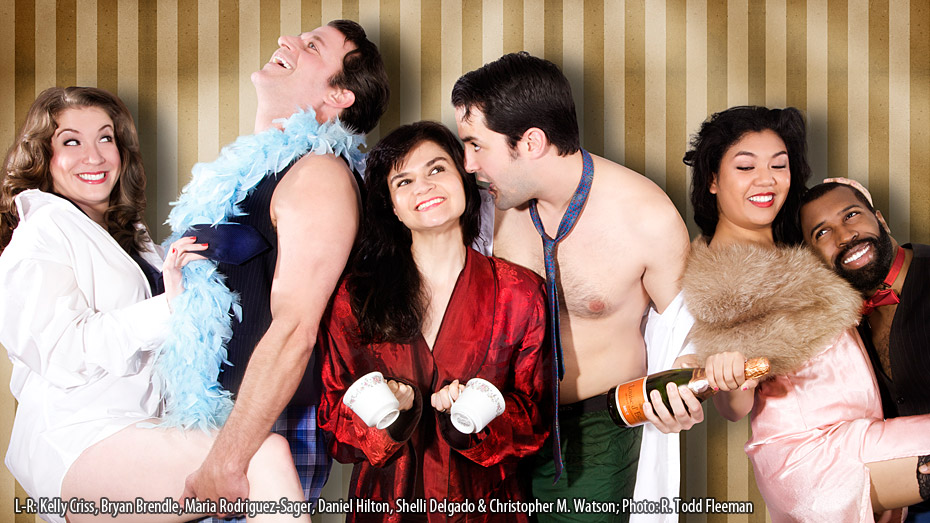 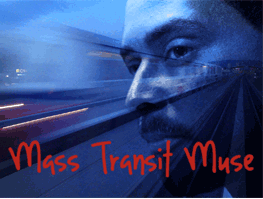 Mass Transit Muse. BEGINS TONIGHT | THROUGH MAY 18. 7 Stages offers a rhythmic ride through the streets of New Orleans with spoken word artist Michael Molina, who sketches portraits of unforgettable characters and offers insight into the human condition. Each tale of the “other” is meant to bring us closer to the possibility of making the human connections we all crave. Molina, the show’s creator, is a New Orleans native, an attorney, author, cultural organizer, arts advocate and performer. $10-$20. In the black-box space. 1105 Euclid Ave. N.E. Details, tickets HERE or at 404.523.7647. Discount tickets at PoshDealz.com. 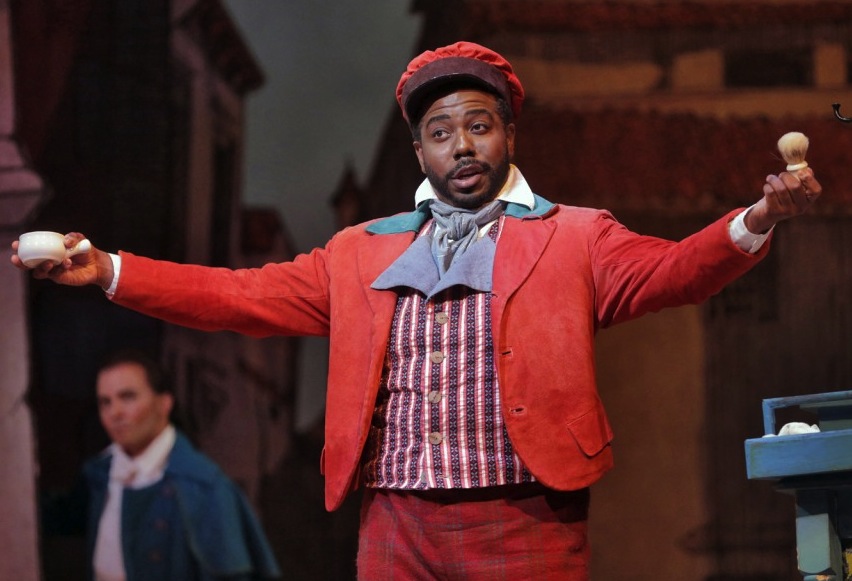 Macbeth. FINAL WEEKEND. Witches. Prophecy. Greed. Power. Lust. Which seals the fate of Macbeth and his country? Journey to Scotland via the New American Shakespeare Tavern, with Jacob York as the tragic hero and Veronika Duerr as his diabolical Lady. $15-$36. 7:30 tonight-Saturday; 6:30 p.m. Sunday. 499 Peachtree St. N.E. Details, tickets HERE or at 404.874.5299. Half-price gift cards at PoshDealz.com.

Lakebottom Prime. THROUGH MAY 17. In this comedy from prolific, award-winning Atlanta playwright Topher Payne, it’s 1924 in Columbus, Ga., and the wedding of the year is being planned by the Wildwood Park lake.  The cast includes Jill Hames, Amanda Cucher and Jo Howarth. The critics: “A show that defiantly and winningly wears both silliness and implausibility as badges of honor” (Andrew Alexander, ArtsATL.com). $17-$20. 8 p.m. Friday-Saturday; 3 p.m. Sunday. Process Theatre at OnStage Atlanta, 2969 E. Ponce de Leon Ave., Decatur. Details HERE or at 404.245-4205. Tickets HERE.

Terminus. THROUGH MAY 17. Saïah Arts International (pronounced SIGH-uh), the folks who brought you site-specific productions of Rua | Wülf (2012) and Moby Dick (2013) put their spin on Watership Down. This version, done on 28 acres outdoors, is set in the South as the Civil War is ending and Sherman is burning his way through Georgia. Audiences members choose one of three paths to follow (a certain degree of fitness is helpful). The critics: “The trend of immersive theater in Atlanta adds a fascinating ‘and’ to the options in the city, with Saiah among its most daring, inventive and productive proponents (Andrew Alexander, ArtsATL.com). $25. 7 p.m. Wednesday-Saturday. Clyde Shepherd Nature Preserve, 2580 Pine Bluff Drive, Decatur. Details, tickets HERE. 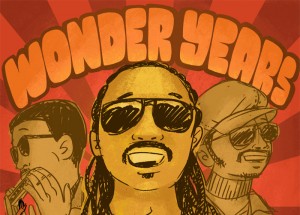 The Wonder Years. MAY 8 ONLY. World premiere. The young movers and shakers of Moving in the Spirit dance to the music of Stevie Wonder, from his first hit at age 12 to his present-day work . The show reminds audiences that regardless of age or any challenges they face, everyone has the power to change the world. Moving in the Spirit is a nationally recognized youth development program that uses dance to positively transform the lives of Atlanta children and teens. It’s led by the wonderful Dana Lupton. $12. 7 p.m. Rialto Center for the Arts, 80 Forsyth St. N.W. Details HERE. Tickets HERE or at the door.