The fest of both worlds — Encore Atlanta
Skip to content
ShareTweetShare 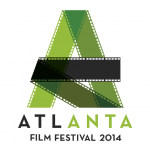 THIS YEAR, the Atlanta Film Festival presents its third screening – and first world premiere – from local filmmaker Bret Wood. His frequency at the 39-year-old event doesn’t mean he’s a shoo-in, though. “I have had a film rejected there,” he says. “Even if you’re kind of a regular, you go through the same submission process as everyone else.”

Wood is one of several local filmmakers being showcased at annual event. The group includes Alex Orr (with his satirical feature A Is for Alex), Rafael Garcia (Mayan Blue, a documentary about a rediscovered Mayan city), and Gideon C. Kennedy and Marcus Rosentrater (Limo Ride, a light-hearted re-creation of a road trip gone wrong). The AFF generally screens more than 200 documentary, narrative and experimental shorts and feature films, as well as music videos.

Wood sees the Atlanta fest as combining some of the best aspects of a high-profile gathering like the Sundance Film Festival with a smaller-name community event. “The AFF has the communal feeling of a regional festival, but also the clout of being an Academy Award-qualifying festival that is nationally known,” he says.

A producer at film distributor Kino International by day, Wood’s own films often are loose adaptations of groundbreaking literary works and shed light on contemporary attitudes toward sex and psychology. He made his AFF debut as a director in 2007 with Psychopathia Sexualis, followed by The Little Death in 2011 and this year’s The Unwanted (95 mins).

IN THE UNWANTED, Christen Orr plays a young woman who arrives in a rural town seeking her mother, only to become involved with a fragile waitress (Hannah Fierman), who has an overprotective father (William Katt). “It’s a modernized version of the Gothic vampire story Carmilla, which was the title we filmed it under,” says Wood. “We gave it a modern setting, brought out the subtext in the story in terms of religion and lesbianism and prejudice. There’s bloodletting, but no biting of necks.”

Film festival audiences tend to appreciate alternatives to the Hollywood product, he says. “You have a receptive audience that appreciates a more eclectic style of film. People may stumble across your movie on Netflix, but it may be totally the wrong movie for them,” says Wood. “Festival-goers are interested in movies where the higher priority is not the technical gloss of the film. They’re a little more forgiving of budgetary restraints and the fact that the subject matter isn’t targeted to the mainstream.”

FILMMAKERS DON’T ALWAYS submit final cuts of their movies to festivals, and Wood admits, “I didn’t submit The Unwanted to Sundance because I knew that it was too raw at the time of the deadline.” He’ll have a chance to polish the film before the AFF screening, and may have the flexibility to make additional changes afterward, based on the audience’s response.

Having brought his films to the AFF and other events, Wood has learned to avoid stressing over things like the quality of the projection and sound, and to enjoy the Q&As with audiences and mixing with his filmmaking peers. “Making a movie is so stressful that when you screen a movie, that’s when you can bask in the fact that you’ve completed it.”

The Atlanta Film Festival takes place at the Plaza Theatre in Poncey-Highland and other venues. Details at www.atlantafilmfestival.com or 404.352.4225.