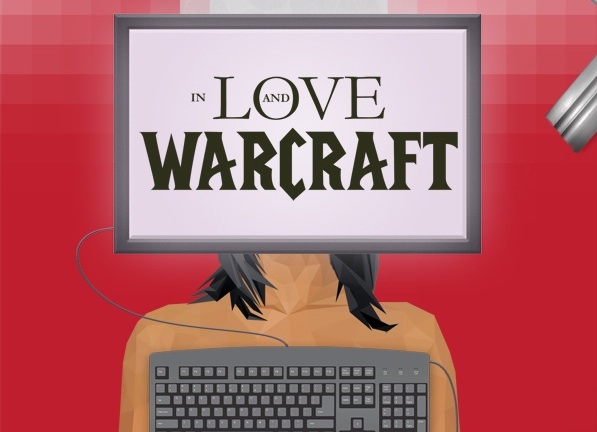 When the Alliance Theatre opens In Love and Warcraft on Feb. 5, it will mark the culmination of a decade of a one-of-a-kind program that gives graduate school playwrights a boost into the world of professional theater.

The program, the Alliance/Kendeda National Graduate Playwriting Competition, is being celebrated all this season with new plays from past winners. Its 2014 centerpiece is In Love and Warcraft, a romantic comedy from Madhuri Shekar, a University of Southern California grad and this year’s winner.

In Shekar’s play, we meet Evie, who has a waiting list of classmates willing to pay her to fix their relationships, which she does by using tactics she learned becoming one of the best World of Warcraft players on the planet. In Love and Warcraft previews Jan. 31 and Feb. 1-2 and 4. It runs through Feb. 23. Details, tickets HERE.

Shekar’s world premiere is just the beginning of a fun-filled week of Kendeda mania. The first full week in February also features free conversations and readings around the plays of the four 2014 finalists, events that in past years have increasingly had fans of new plays jammed knee to knee and elbow to elbow in the Alliance’s third-floor black-box theater. “Kendeda season” often snags the best acting talent in town. Note: Reservations will be limited this year, to avert the sardine affect.

The competition works like this: Plays are solicited from the leading M.F.A. programs in the country. A rigorous selection process follows. The winner gets a full production as part of the Alliance’s regular season; the winner and four finalists get development opportunities including staged readings with industry professionals in New York and Atlanta.

The finalists’ plays will be read Feb. 4-6. Meet them and their work (in order of readings):

IN THE SHADOW OF HIS LANGUAGE. By Jacob Juntunen (Ohio University, Athens). Reading at 7:30 p.m. Feb. 4. Plot: Didi O’Connor seizes her chance to escape South Boston when she gets a free ride to a prestigious college. But when an adviser forces Didi to change her name, accent, clothes and religion, she wonders if success will be more destructive than her dead-end home life. Directed by Freddie Ashley, artistic director at Actor’s Express.

COLOSSAL. By Andrew Hinderaker (University of Texas-Austin). Conversation and scene performances at 2 p.m. Feb. 5. The play, featuring a large ensemble, full-contact choreography and a drumline, centers on a UT football player struggling to move forward after a catastrophic spinal injury.

SCISSORING. By Christina Quintana (Columbia University). Reading at 2 p.m. Feb. 6. Plot: Abigail Bauer, a New Orleans native and resident, must confront the clash between her life with her long-term girlfriend and her career as a Catholic school teacher. She’s pressured by the school’s shape-shifting, personified PA system and guided by first lady Eleanor Roosevelt and Lorena Hickok, Roosevelt’s lifelong friend and one-time lover. Directed by Atlanta actor Veronika Duerr, a co-founder of the Weird Sisters Theatre Project.

MAGIC MAN. By Lindsey Ferrentino (Hunter College, New York City). Reading at 7:30 p.m. Feb. 6. Plot: When a gang war erupts on the south side of Chicago, a young boy conjures a magician con-artist to help him survive. Can the boy rediscover reality or must he stay in the world he’s created? Directed by Atlanta actor-director Andrea Frye.

The list of past Kendeda winners and finalists is a who’s who of top young American playwrights — Tarell Alvin McCraney, Ken Lin, Bekah Brunstetter, Tim Guillot, Megan Gogerty, Josh Tobiessen, Mike Lew and Meg Miroshnik, whose new play The Tall Girls completes the Alliance’s Hertz Stage season in March. Their work is getting done across the country, including in New York, and abroad. It will be fascinating to see how this latest class compares.