'I want to make people laugh' — Encore Atlanta
Skip to content
ShareTweetShare
“In Love and Warcraft” runs Jan. 31-Feb. 23 on the Alliance Theatre’s Hertz Stage. Content may be inappropriate for those under age 16. More on the 2014 Kendeda Week HERE and in this ENCORE FEATURE.
:: 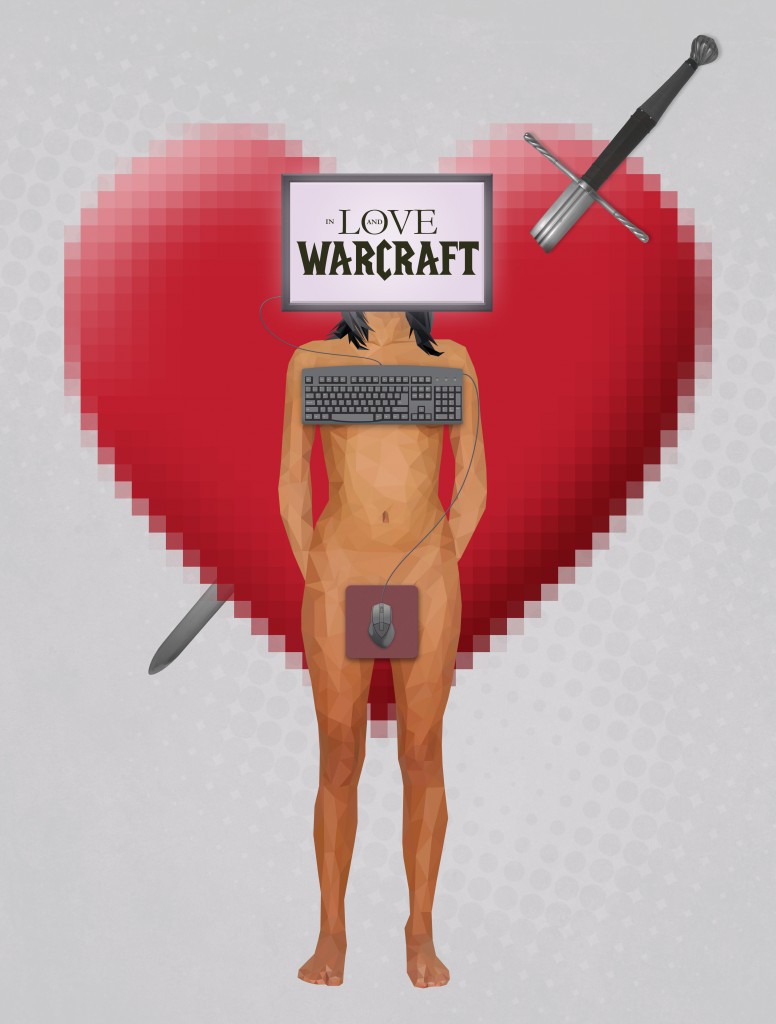 Playwriting is a solitary experience for most. Not so much for Love and Warcraft’s Madhuri Shekar.

The winner of the Alliance Theatre’s 2013-14 Kendeda Graduate Playwriting Competition finds it tough to write a play if she hasn’t talked it out with someone first. Maybe because dialogue is her favorite part.

“I like theater in general,” says Shekar (as in “shaker”). “That experience of sitting with other people, and everyone’s going through it together, and the people you are watching are not just people on a screen who’ve been edited and carefully orchestrated. They’re actual, real people in front of you, and they’re creating stories with their bodies and their voices, and they’re inviting us to use our imaginations to fill in that story with them.”

THE GAME OF LIFE

In Love and Warcraft, running through Feb. 23, centers on a college student named Evie, who gets paid for dispensing relationship advice to her peers. Her gimmick: She employs strategies she honed while becoming a World of Warcraft champion.

Shekar, 27, is bilingual (English and Tamil) and splits her time between Los Angeles, where she’s based, and Chennai, a city of 4.4 million in south India, where her parents live. She’s a petite, quiet woman with a self-effacing humor that shows itself in her conversation and in her writing.

Asked where she sees herself in five years and she replies: “Oh, God, I should have an answer for this, shouldn’t I?”

And, going on: “I would love to find a steady teaching job, and continue to make theater. Or maybe write for TV, and make theater. I’d like to travel more. My mom would love for me to be married, too. Any eligible bachelors can contact my parents with their resume and horoscopes.”

Asked what she’d want to see if she had but one night to spend in the theater and she says, “I’d want to spend time with characters I can’t help but love and root for, and who make me laugh till I cry.” Sounds like something she might write herself.

THE STORIES OF LOVE

Shekar writes about couplings. Love stories. Dysfunctional love stories. People who are figuring out how to make their relationships work.

She began In Love and Warcraft her first semester in grad school at the University of Southern California, so it dates to 2010. It was, she says, a different play altogether. The first draft explored asexuality. The idea of her lead character writing love letters for other people came from an M.F.A. professor who had done that very thing in college. 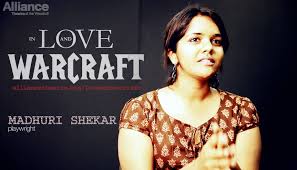 The gaming angle didn’t appear until later drafts. “I grew up on the Internet,” Shekar says, “and spent my teenage years forming friendships with people online as opposed to ‘in real life,’ and a lot of my experiences from that time made their way into the play.” She credits friend Earl Bayon, her “nerd consultant,” for keeping the World of Warcraft aspects accurate.

In Love and Warcraft isn’t Shekar’s only world premiere this winter. Her comedy A Nice Indian Boy, about gay marriage in an Indian-American family, debuts Feb. 20 at East West Players in Los Angeles, a company that calls itself the nation’s premier Asian-American theater.

“The play deals with gay marriage, but it really is an examination of how marriage works in general,” she says, “no matter who you are or where you come from. I’m fascinated by how the idea of marriage keeps evolving as our society becomes more diverse and inclusive, and each new generation follows different ideals from what came before.”

Shekar also is knee deep in her next project, part of the Center Theatre Group’s 2013-14 Writers Workshop in Los Angeles.

Her project there, a play set in a graduate chemistry lab at a top-tier university, follows the relationship between two women — a sixth-year Ph.D. candidate and her high school intern — as they battle over intellectual property rights to a scientific discovery.

“There’s a love triangle in there, too,” Shekar says, “because who can resist that? It’s another attempt to enter a world I know very little about, and I’m nervous about getting the science right, and making sure the workplace dynamics ring true, but I’m excited to see where this project takes me.”

Asked what she brings to a play that no one else can and she says, “I write with optimism and compassion, and a lot of love for my characters. All of my plays are political in some way, but my first priority is to ensure that the audience has a good time. I want to make people laugh. I don’t suppose I’m unique in this, but this is what I strive for.”

One Comment on “'I want to make people laugh'”