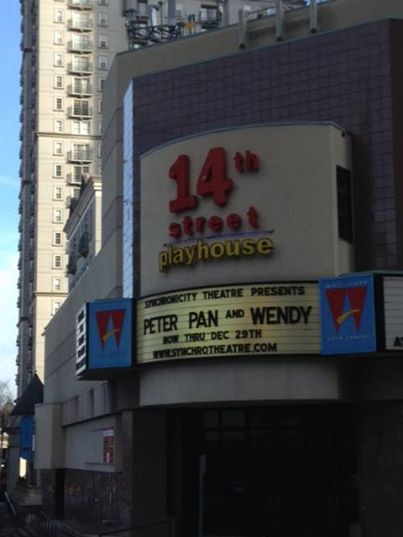 The Woodruff Arts Center has sold the 14th Street Playhouse to the Savannah College of Art and Design for $1.9 million, a portion of which will seed work by metro artists in all fields.

In the long term, the agreement between Woodruff and SCAD leaders, and the nonprofit Community Foundation for Greater Atlanta, is designed to create positive benefits for Atlanta’s arts and artists.

In the short term, contracts with local and touring theater and dance companies will be honored. That list includes True Colors Theatre Company and Synchronicity Theatre and, through February, five events each playing a night or two.

SCAD plans to turn the three-stage facility in Midtown into a space for its new film and television master’s degree programs, according to a joint statement released Thursday. The Woodruff received the facility as a donation almost 25 years ago, when its owners faced financial issues.

The arts center will donate $1 million from the sale to the Community Foundation, which plans to create and steward a new fund serving performing arts organizations with a focus on theater and dance companies, the types of groups most often found at the 14th Street Playhouse. The intent of this new fund, to be rolled out in late 2014, is to provide financial grants to nonprofit performing arts organizations and/or performance venues to help offset costs incurred to rent performance spaces.

The Woodruff, which is home to the Alliance Theatre, the Atlanta Symphony Orchestra, the High Museum of Art and Young Audiences, will invest the $750,000 or so left once legal and other fees are paid to seed outreach programs to artists in various disciplines.

The Alliance Theatre, in this vein, recently launched what it’s calling the Artists’ Lab. It was created to encourage collaboration between Atlanta artists in developing new work. Three teams won financial and administrative support in the program’s inaugural year to create new theater pieces over a six-month period. The project attracted 68 proposals from 200 artists.

SCAD already has a footprint in Midtown. Its 150-bed dormitory is on the Woodruff Center’s grounds; its Atlanta campus is just a few blocks north at 1600 Peachtree St. N.E. The school also has been a key player in certain revitalization projects, including the historic Peters House, at Ponce de Leon and Piedmont avenues, and the former WXIA television studio.