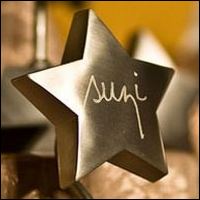 If you didn’t get a chance to dress up and attend this year’s Suzi Bass Awards — the top honors for professional theater in Atlanta — or you just want to see yourself on TV, you’re in luck.

A two-hour version of the awards ceremony, held Nov. 4 at the Porter Sanford Performing Arts Center, will be broadcast at 10 p.m. Saturday on public television station PBA 30. The ceremony honors the top productions, actors, director and more, as voted by a team of Suzi judges. The handing out of awards is interspersed with entertainment.

The awards, founded in 2004, are named for the late Suzi Bass, a force of nature who appeared on stages throughout the metro area from the late 1970s until her death in 2002.