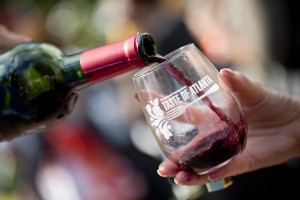 The tally is in from Midtown’s annual Taste of Atlanta, proving again that this is one hungry city.

More than 45,000 foodies from throughout the Southeast sampled cuisine, wine and craft beers from 90 metro eateries, took in cooking classes and seminars, and generally, stuffed themselves with, um, knowledge during the three-day event in October. The icing on the cake: A silent auction raised $42,000 for Share Our Strength’s Cooking Matters No Kid Hungry program, one of Taste’s nonprofit partners.