The Alliance Theatre will open its 2014-15 season with a new musical based on the 1988 baseball movie, Bull Durham. 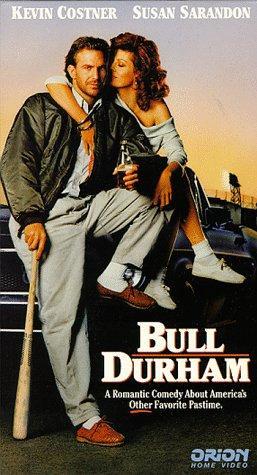 We know, because it’s circulating an audition notice for Dec. 6.

The show is described as “a sexy and hilarious new musical about America’s two favorite pastimes — love and baseball.”  Rehearsals for the world premiere begin July 29, with an opening of Sept. 13.

Ron Shelton, once a minor-leaguer with the Baltimore Orioles organization, has adapted his Oscar-nominated screenplay for the stage. The music and lyrics are by folk singer-songwriter Susan Werner (called “one of the most innovative songwriters working today” by the Chicago Tribune and “the empress of the unexpected” by NPR). New York-based Kip Fagen (off-Broadway’s recent The Revisionist with Vanessa Redgrave and Jesse Eisenberg) directs.

The show-in-development had a three-week lab in New York in June. Playbill.com reported then that producers are aiming for a New York production at some point. Follow its progress HERE. The movie, set in the world of minor-league baseball, famously featured Susan Sarandon, Kevin Costner and Tim Robbins.

The Alliance is seeking male and female singers with an affinity for country rock and blues, aka “Southern-fried rock.” Principal roles range in age from the 20s to the 70s. Chorus roles require singers in their 20s and 30s who are physically fit with good movement skills.

Auditions, plus callbacks on Dec. 7 and 9, are in Rehearsal Hall 1 at the Alliance, in Midtown’s Woodruff Arts Center. Auditioners must prepare 16 bars of a country-rock or blues song and bring the sheet music with them. They may accompany themselves on guitar but will have to sing with a piano at some point in the process.

To be seen, or for questions, email materials to Emily Kleypas at Alliance.Auditions@Woodruffcenter.org by 5 p.m. Dec. 3. Note: Members of Actor’s Equity will receive guaranteed, priority scheduling. Walk-ups will be seen if time allows.