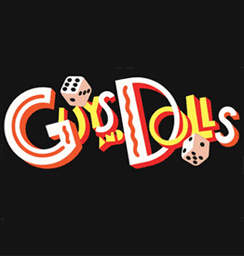 Guys and Dolls is an American classic that’s been called “the perfect musical comedy.” It’s populated by high-rolling gamblers, well-meaning missionaries, brassy showgirls and a romance or two, all set in 1920s and ’30s New York City. The Frank Loesser score features such gems as “Luck Be a Lady,” “Sit Down, You’re Rockin’ the Boat,” “Adelaide’s Lament,” “A Bushel and a Peck,” “I’ve Never Been in Love Before” and many more. The original won the 1951 Tony Award for best musical — and was nominated for the Pulitzer Prize. A 1992 revival, with Broadway regulars Faith Prince and Nathan Lane, ran for almost three years and won four more Tonys. Roll your dice at Atlanta Lyric Theatre.

* Click HERE to purchase. All tickets will be left at will call.