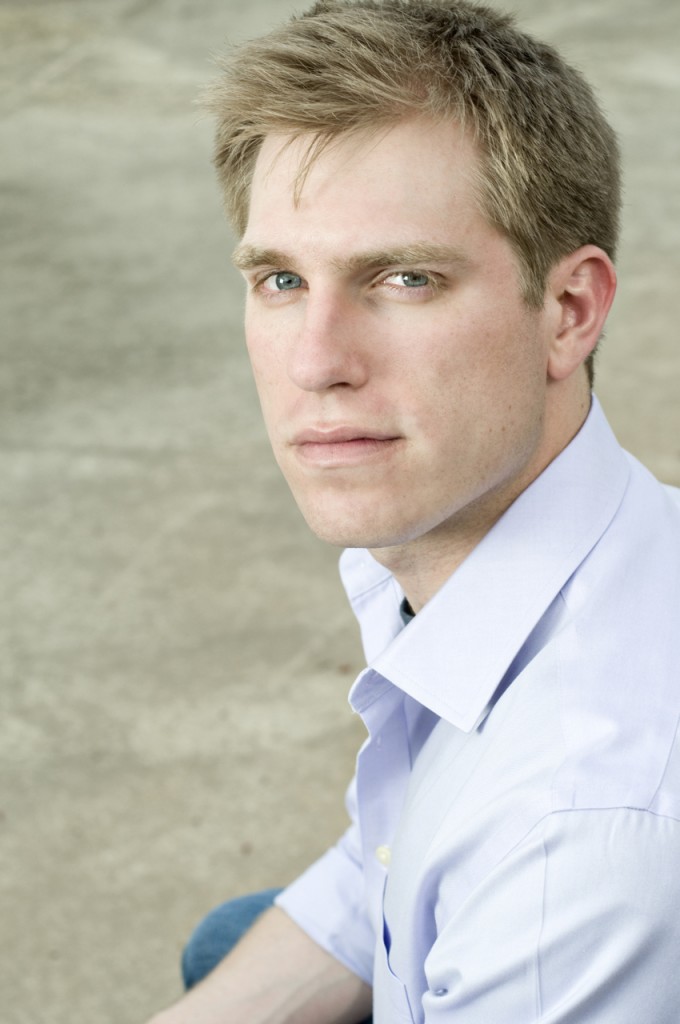 The basics: Joe, 31, an Actor’s Express intern during the 2003-04 season, has been prowling Atlanta stages ever since, most recently as the lupine antagonist in Steve Yockey’s Wolves at Actor’s Express. He’s currently playing lover-writer-philosopher Voltaire in Emilie: La Marquise du Châtelet Defends Her Life Tonight with the Weird Sisters Theatre Project at Aurora Theatre. (Through Aug. 25. Tickets, details HERE.)

Headed South: His dad had moved to town for work; Joe came down to check out colleges and found a fit at the University of Georgia.

Where you’ve seen him: As a proud Out of Hand Theater core company member, where he’s helped create such original work as the MP3 project: Group Intelligence, The Show (JoJo Rubbers), Hominid and Schriebstuck.

Where else you’ve seen him: In Next Fall, Suddenly Last Summer, Octopus and Bent at Actor’s Express; Large Animal Games, Date and Skin at Dad’s Garage; Welcome Home, Jenny Sutter and The Language of Angels at Synchronicity Theatre, among others.

Training: Bachelor’s degree in drama and English from UGA (2003).

First time onstage (ever): As a 14-year-old Pontius Pilate in his church production of Jesus Christ Superstar. “It was more of a liberal church,” he says. “Everybody told me I was great, and I got the bug.”

Plugs: See him next in playwright/pal Steve Yockey’s Pluto at Actor’s Express (Oct. 30-Nov. 24) and as the charming, handsome Charles Heyman in Janece Shaffer’s The Geller Girls at the Alliance Theatre (Jan. 15-Feb. 9). Both are world premieres. With Out of Hand, he’s working on an Alzheimer’s project (script by Yockey). A workshop run is tentatively planned for April.

Kathy Janich, Encore Atlanta’s managing editor, has been seeing, covering and and/or working in the performing arts for most of her life. Full disclosure: She’s affiiliated with Weird Sisters Theatre Project, mentioned above. Please email her at kathy@encoreatlanta.com.