Only in New York — Encore Atlanta
Skip to content
ShareTweetShare

“The wonders of the world are said to stop at 7,” say the lyrics of a famous song about New York. The claim that “the city never sleeps,” however, is much more accurate.

If the siren’s call of Broadway beckons you — and you don’t have the cash to procure a first-rate theater ticket — you needn’t fret. You can catch the vibe for much less at any number of Manhattan piano bars and cabarets, behind unmarked doors, and in hidden attractions you’ve likely passed without noticing.

Visitors to the TGIFriday’s in Times Square, once the showroom of theater shoemaker Israel Miller, probably haven’t noticed that Drew Barrymore’s great aunt Ethel is immortalized as Hamlet’s Ophelia on the southern facade. Ethel’s statue keeps company with four actresses in period costumes, including Mary Pickford in her film role as Little Lord Fauntleroy.

A two-hour daytime tour here can tell you almost everything you want to know about the theater industry’s past and present. By night, tourists, locals and Broadway performers all rub elbows in the same eateries, piano bars and cabarets. Here’s an alphabetical sampling:

New York’s regular theater crowd as well as Broadway producers and actors sip martinis and nosh on simple salads, lobster quesadillas and baja tacos in this unmarked Hell’s Kitchen brownstone. Guests climb the stoop and slip past a heavy curtain into a cozy, dimly lit restaurant with the ambience of a mod penthouse living room. Tourists love it because it makes them feel in-the-know; locals try to keep it a secret. It’s not unusual to get turned away by the curt maitre d’, even from the bar, without a reservation — even if the restaurant looks nearly empty. Reserve a table for 8 p.m. or later and experience the full scene complete with celeb sightings. For a mellower experience, come early. Details: http://www.barcentralenyc.com/youfoundus.html

An intimate, classy supper club, lovingly put together — from restaurant design to sound and lighting — by a creative team of Tony Award winners. Enjoy some of Broadway’s best vocalists, cabaret favorites or pop and soul singer-songwriters doing their thing in concert or in showcases paying tribute to theatrical and musical legends. The list of past and future performers includes Laura Benanti, Norbert Leo Butz, Brian d’Arcy James, LaChanze, Patti LuPone, Jane Monheit, Matthew Morrison, David Hyde Pierce and Faith Prince. (If you can name the Tony winners on that list, you earn bonus points.) Ticket prices vary (generally $25-$60) with a $25 food/drink minimum. 54 Below also has screenings, jazz and, on Tuesdays, “Broadway’s Nightcap” hosted by Susie Mosher, where cast members from current shows pop in and grab the open mic. 10:30 p.m. No cover charge. $20 food/drink minimum. Details: http://54below.com/wordpress/ 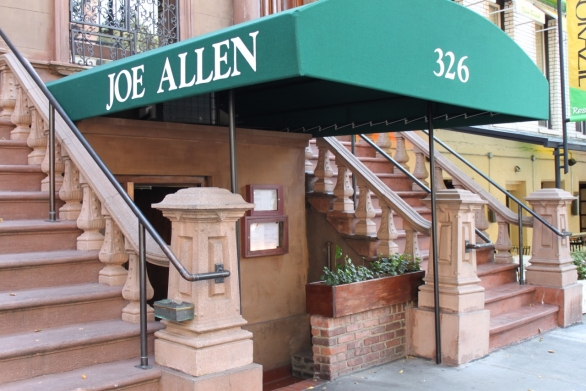 A theater district favorite since 1965, when burgers were 75 cents and a Broadway ticket cost $7.50. This is the place to go post-show (or about that time) to see those who’ve just performed and other New York glitterati. Joe Allen is known for its clubby feel and its “Flop Wall,” the poster-plastered hall of fame for shows that opened and closed, quickly. Two of its more recent additions: Scandalous and Hands on a Hardbody. Details: http://joeallenrestaurant.com

Spend an hour or so listening to Broadway pianist, performer and comedian Seth Rudetsky (of “Seth’s Big Fat Broadway” on Sirius/XM Satellite Radio’s On Broadway) interview theater celebrities at this cabaret piano bar. The ebullient Rudetsky chitchats with his guests in his typical manic fashion, busts out embarrassing videos from their formative years and has them croon a tune or two. The tightly packed, high-energy atmosphere feels like a cross between a cabaret and spontaneous cast party. Anybody who’s anybody in the Broadway community has passed through the Chatterbox, from Patty LuPone and Bernadette Peters, to Sutton Foster, David Hyde Pierce, Idina Menzel, Kristin Chenoweth, Chita Rivera, Constantine Maroulis, Matthew Morrison and more. There’s a two-drink minimum; the $10 admission benefits Broadway Cares/Equity Fights Aids. Details:  http://www.sethsbroadwaychatterbox.com/ 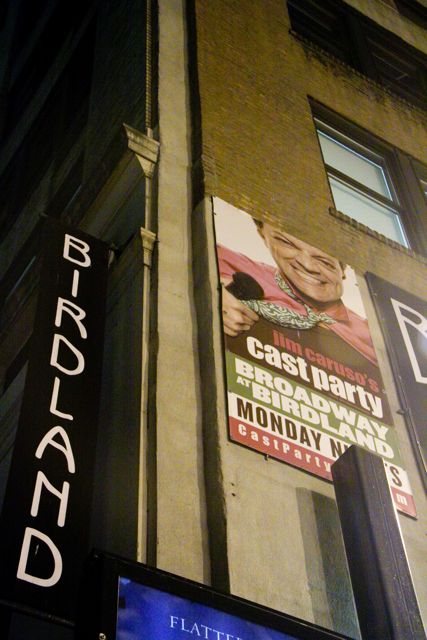 If you harbor a desire to get onstage, your chance might come here. Guests toting their own sheet music pay $20 (plus a $10 food-and-drink minimum) and submit their names, then Caruso starts calling on volunteers. You’re likely to see nervous housewives, lawyers and teachers take the stage along with big names like Elaine Stritch or Liza Minnelli. The electric atmosphere does not include ridicule from the audience, even for those with a delusional sense of voice. You might remember Caruso, if you ever attended Libby’s: A Cabaret and caught his show. Details: http://www.birdlandjazz.com/event/287813-jim-carusos-cast-party-new-york/

Visit the West Village for this spot, a theater staple for some 50 years. Tourists might know it from the NBC sitcom Will & Grace; it’s where Jack performed his “Just Jack” duet. The oversized, two-story building looks more like a bustling Mexican restaurant-turned-karaoke bar than theater hangout. Shows in the Cabaret Room generally start at 7 p.m., with a two-drink minimum and a cover of about $20. On Mondays, look for Darius on the piano with bartenders who sing along with the talent. Fridays feature a musical theater open-mic songfest popular with Broadway performers; Mostly Sondheim starts at 11 p.m. The theatrical action here is ever-morphing but never boring and the atmosphere is a little more relaxed than its theater district equivalents. Details: www.theduplex.com.

This unpretentious piano bar is housed in a historic building in the West Village where Thomas Paine lived during the Revolutionary War. These days native New Yorkers and enthusiastic out-of-towners vie for bar stools and mingle in droves to sing show tunes at the top of their lungs … all night, every night. Led by a pianist who knows the highlights of 100 years of musical theater, the choir (everyone in the bar) belts out four to six songs per show before moving on to the next set of standards. Even not-so-famous show tunes get dusted off here. Don’t quite know all the words to “I Could Have Danced All Night”? Afraid your vocals aren’t good enough? Chill. It doesn’t matter here.  Although the café draws some gifted regulars, everyone is welcome. Open 4 p.m.-4 a.m. Cash only. Details: https://www.facebook.com/pages/Maries-Crisis/232449499020 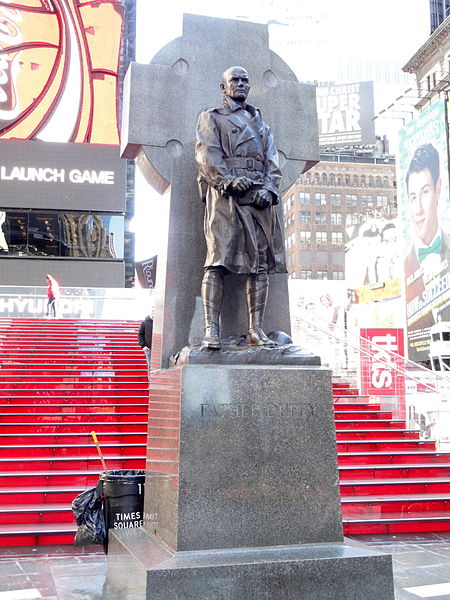 For $30 you can join theater lovers, aspiring actors and musicians for a history lesson at the Belasco, Booth and Imperial theaters. The real payoff comes when your tour guide begins sharing nuggets of Broadway lore. See where Eugene O’Neill was born. Learn about the Palace, where every vaudeville performer, including Bob Hope, hoped to entertain. Book your tour with Annie, an energetic guide with acting, dancing and singing chops, who knows the theater district and its illustrious history inside and out. It won’t matter if it’s hot, raining or Time Square’s Naked Cowboy is strumming. Details, to pre-book and check for discounts: http://unclesamsnewyork.com/tours/25/Broadway_Theater_District_Tour/

Susan Finch and Therra C. Gwyn contributed to this article.