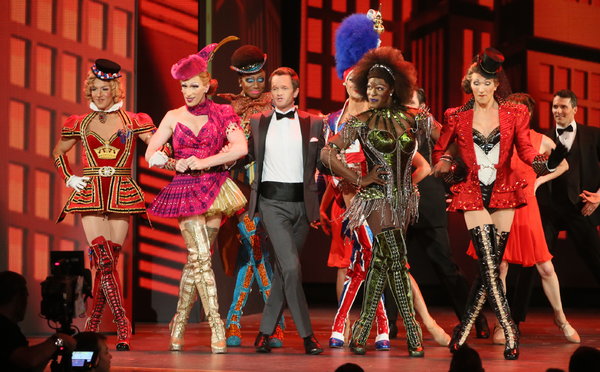 LET’S CATCH UP with the Tony awards, presented in New York on Sunday night, and the source of much sturm und drang here in Atlanta.

The big winners: the musicals Kinky Boots, Matilda: The Musical and Pippin. They’re the likeliest candidates to visit the Fox Theatre in the future. But more on them later.

As it has for years, CBS affiliate WGCL carried the feed locally and all went well until 11 p.m. when WGCL switched to the local news. There was just one problem:  The Tony telecast lasted another seven minutes. Irate fans let the station have it via Facebook, phone and email. WGCL apologized profusely the next morning, and aired the missing seven minutes at the beginning of its 4, 5, 6 and 11 p.m. newscasts Monday.

Station management also proclaimed WGCL’s passionate support for the arts — and metro artists are taking them at their word and calling for dedicated, increased coverage of the local scene. We’ll see.

Meanwhile, back at the Tonys. The 67th annual awards proved a big night for women, African-American artists and four-time host Neil Patrick Harris (above), whose opening and closing numbers have become the don’t-miss-or-else portions of the telecast.

Kinky Boots, based on a 2005 British movie about a real-life shoe factory that struggles until it finds new life in fetish footwear, won five awards including best musical. Matilda, about a little girl who decides her story will be extraordinary no matter the obstacles, won four awards, as did the revival of Pippin, the 1977 Bob Fosse musical restyled in Cirque du Soleil fashion.

In the best actor/play category, Tracy Letts’ win for Who’s Afraid of Virginia Woolf? surprised celebrity watchers who’d put their money on Tom Hanks’ turn in Lucky Guy. Letts played the same role at the Alliance Theatre in 2004, a staging directed by Steppenwolf Theatre colleague Amy Morton, nominated for best actress/play in this Broadway version. Letts, also a playwright, has been well-represented on Atlanta stages. Actor’s Express, under then artistic director Jasson Minadakis, did his Killer Joe (2004) and Bug (2005); the Alliance did his August: Osage County in 2011. Read on for a complete list of winners.

BEST PLAY: Vanya and Sonia and Masha and Spike by Christopher Durang, a modern-day riff on Chekhov.

1 — Assembled Parties; Rodgers + Hammerstein’s Cinderella; The Trip to Bountiful; Vanya and Sonia and Masha and Spike