Concerts in the Garden — Encore Atlanta
Skip to content
ShareTweetShare

Concerts in the Garden takes up residence at the Atlanta Botanical Garden next month for an 11th annual season. Eight concerts are planned, all on the Great Lawn.

Gates open at 7 p.m.; shows begin at 8 p.m. Parking is available for $10. Ticket holders can bring blankets or low-rise chairs. A cash bar will be available, and dinner can be purchased from MetroFresh in the Garden.

Single-admission tickets ($35.50-$59.50, depending on act) are available through Ticket Alternative and in person at garden admissions. Concertgoers do not have to pay to get into the garden and are welcome to take a look around. The garden is at 1345 Piedmont Ave. N.E. in Midtown. For details and updates, go HERE. The lineup: 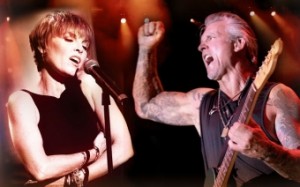 June 23 — Pat Benatar & Neil Giraldo. The mainstream 1980s pop-rocker teams with her guitarist- husband. The experts at allmusic.com call him one of finest yet underrated guitarists of the arena rock/MTV genre. Tickets: $54.

June 28 — The B-52s. The first band to make Athens, Ga., famous as a hotbed of alternative music. The name, as you might know, is Southern slang for the big, big wigs worn by singers Kate Pierson and Cindy Wilson. $59.50.

July 12 — The Carolina Chocolate Drops with Keller Williams. Acoustic folk, blues, bluegrass, jug music and country. Band members, who met at Appalachian State University through their mutual love of music, have been strumming, fiddling and harmonica-izing since 2000. Williams is a one-man jam band. $35.50. 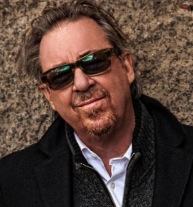 July 26 — Lyle Lovett. The native Texas was first pegged as a country singer, but the label never fit. He’s a distinctive singer-songwriter who leans to pop-rock, alt-country and alt-indie rock, depending on his mood. He’s here with his acoustic group. $51.50.

Aug. 18 — Roger Hodgson. Supertramp, anyone? Hodgson, considered the voice of the 1970s progressive-rock band, brought us such hits as “Take the Long Way Home,” “School,” “Dreamer” and “Breakfast in America.” $51.50.