Aurora Theatre in Lawrenceville will open its 18th season with the Atlanta professional premiere of Les Misérables, the epic 1997 musical that won eight Tony Awards including best musical.

Les Misérables will open July 25, with Bryant Smith (a 2012 Suzi Award winner for Aurora’s Clyde ‘n Bonnie: A Folktale) as Jean Valjean and Natasha Drena (a 2007-08 Suzi winner for Aurora’s Annie Get Your Gun). The cast includes Michael Stiggers, currently in Synchronicity Theatre’s Petite Rouge, as Marius. (Read more on Stiggers in this Encore SNAPSHOT.) Les Miz runs through Sept. 8.

The season, which includes an as-yet-unnamed spring musical, is as follows:

All Childish Things by Joseph Zettelmaier. Oct. 3-27. Regional premiere. This comedy takes place a long time ago, in a galaxy far, far away. Actually, it’s Cincinnati, specifically the basement of Dave’s mom. Dave and his friends hatch a plan that will deliver them from the Darth Vader-like clutches of life’s dark side. Or so they think. 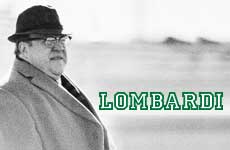 Lombardi by Eric Simonson, from the book by David Maraniss. Jan. 16-Feb. 9, 2014. Frequent Aurora collaborator Bart Hansard plays the iconic Green Bay Packers coach for whom winning isn’t everything, it’s the only thing.

Don’t Dress for Dinner by Marc Camoletti. May 1-25, 2014. The sequel to Boeing-Boeing, staged by Aurora in 2010, is described as a wacky collision course of mistaken identity and outrageous infidelity.