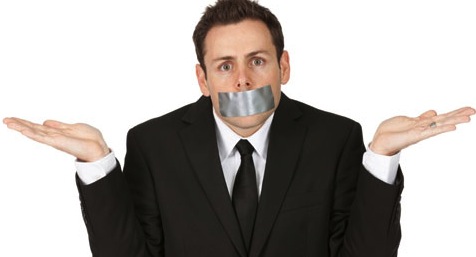 It’s one of the great ironies of life that no one really grows up. Patterns of behavior, unless identified and addressed, will endlessly repeat themselves. Which is why some work environments feel more like a bad high-school movie than a professional place of business.

Feel like you’re surrounded by bullies and mean girls? Here are some tips for keeping your cool and getting what you need when you’re dealing with the egomaniacs, control freaks and high-maintenance colleagues who never learned how to behave themselves or play well with others.

1. Remember, it’s not about you

Unless you have a history of altercations with people, chances are any conflict you encounter at work has less to do with you and more to do with the person initiating it. In any case, the best option is to retain a professional attitude, keep calm and examine the context around the negativity you’re getting.

Sometimes people act badly at work because they’ve lost control in other areas of their lives. Sometimes they’re temporarily overloaded and lash out in a way they normally would not. It’s also possible that you’ve misinterpreted that conversation or email due to your own insecurities or personal context. So before you start something over a minor or major issue, go to the source and talk about it.

The minute you start talking about a real or perceived slight with a person other than the one who upset you, you set into motion a chain of events that will end up with someone getting hurt. No one likes to hear that people have been talking behind his or her back. Put your big-girl (or big-boy) pants on and go talk things out with the original source.

In any case, the only way to clear the air is to have the conversation. So go do it before any more damage is done.

3. Sometimes you have to suck salt

The desire to be right is hardwired into us. But sometimes it’s more important to be gracious than right. Be direct and honest. But if you come to a point where saying more will cause additional hurt and drama, suck a little salt rather than saying those words.

Be the grownup and know when to move on. Doing so doesn’t mean you can’t file a formal complaint with human resources later.

Did you mess up? Don’t try to cover it up. Work to make things right. Take responsibility and avoid the impulse to cast blame. If it happened on your watch, then you’re responsible. Even if you weren’t the one who directly made the mistake. Doing so proves you can be a leader and team player.

And for goodness’ sake, don’t you dare follow that heartfelt apology with a “but.” You’re not a 5-year-old.

5. Address any lack of trust

Most people micromanage because they don’t believe other people will get the job done or do it the “right” way. If you don’t trust someone, then you end up doing twice the work for half the reward. If someone doesn’t trust you, then you will end up spending more time answering stupid questions and doing redundant tasks than your own work. Both options have equally ridiculous outcomes.

Are you the one with the control and trust issues? Take a breath, read the “control freak’s guide to delegating tasks” and get out of everyone else’s way because you’re just wasting their time.

Are you the one grappling with a control freak? Maybe the problem is that there is a lack of clearly defined roles, responsibilities, expectations and procedures.

Schedule some time for you and Mr. or Ms. Freak to outline the scope of your work, define who is responsible for what, set clear deadlines for each task and determine what happens, communication-wise, after each task is completed.

If you follow protocol and make deadlines, helicopter boss should be able to relax. If you drop the ball and fail to meet the set expectations, then you may be the problem.

6. Watch your mouth (and fingers)

Never, ever follow a caustic email with one of your own. Pick up the phone or get up off your butt and confront the issue head-on. (Remember step No. 2?)

You need to be able to hear the tone of voice or, better yet, see the person you’re angry with to make sure you’re correctly interpreting the situation. Otherwise, you’re irrevocably making it worse.

And when you do talk to the person who’s ruffled your calm, watch the words you choose.

Avoid any language that casts blame. Whether or not the person was angry before, that tactic will put them on the defensive. Instead, speak in terms of how you felt when you read the email, overheard the conversation, interpreted the chain of events.

Although you may not be aware of it, you always have a choice about how you feel. Many times it comes down to whether you’ve chosen to assume positive or negative intent in the messages you’re getting. So leave room for the possibility that you’ve made an interpretive error before you get upset. Give the other person the opportunity to explain what they were feeling, what they really meant or what they’ve observed. Only then is it possible for you to have a constructive conversation about it.

Avoid saying things like “you always ….” Keep your voice level and count to 10 if you have to, or use the app Breathe2Relax. Remember: The person who stays calm always wins in a corporate environment. It may take a while, but they always do.

Anyone who’s ever been in a legal battle knows that there’s no credence given to “he said/she said” debates. In the corporate world, the burden of proof will fall on whoever is newer and less entrenched in the workplace.

If you see a situation brewing and you feel as if you might have to defend yourself and/or the actions you’ve taken, document it. Save emails. Take note of conversations after they happen and keep a digital file so it’s time-stamped. Get things in writing, don’t just rely on verbal agreements. Only then will you be able to show, in an objective manner, how things went down.

If, after all of that, things still don’t improve? It might be time to move on to a place where you are truly valued.