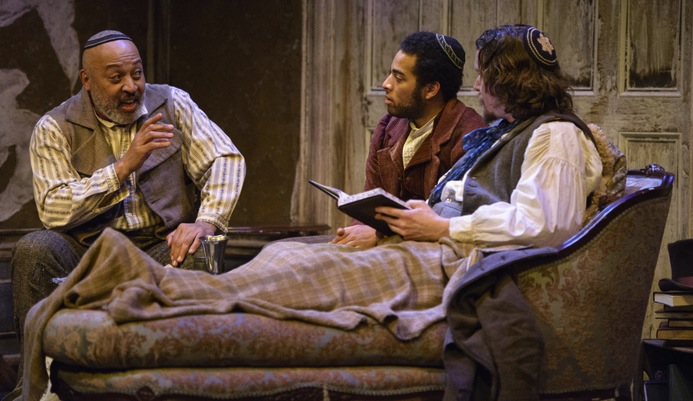 Looking for something cultural to do in the next week or so? Here’s our select list of recommendations. Pictured: Keith Randolph Scott (left), John Stewart and Jeremy Aggers in the Civil War-era drama “The Whipping Man” at the Alliance Theatre. Photo by Greg Mooney.

The Adventures of Mighty Bug. FINAL WEEK. The Center for Puppetry Arts invites you to Bugville, a jumpin’ little place that swings to the Bugville Boogie and is kept safe by the superhero Mighty Bug. What will happen when the evil arachnid Scorpiana attacks? This science-filled, comic book-style adventure is written and directed by the adventurous Jon Ludwig. Recommended for ages 4+. $16.50. At 10 and 11:30 a.m. Friday; noon and 2 p.m. Saturday; and 1 and 3 p.m. Sunday. 1404 Spring St. N.W. Details, tickets HERE. For discounts, visit PoshDealz.com.

Angry Fags. FINAL WEEK. 7 Stages presents the world premiere of Atlanta playwright Topher Payne’s dark comedy about a couple of gay pals who become enraged when a friend is assaulted. Think of it as an “Oscar Wilde-meets-Fight Club fever dream.”  The critics: “In spite of the challenging title and serious subject matter, Angry Fags includes Payne’s signature humor throughout, and the atmosphere is surprisingly tender. … But it seeks to be a lot of things and, in the end, perhaps takes on too much” (Andrew Alexander, ArtsATL.com); “Mr. Payne writes brilliant, sharp comedic dialogue; even if Angry Fags is ultimately less than totally successful, I think that major, big-time success for him is inevitable” (Manning Harris, Atlanta INtown Paper). $20-$25. 8 tonight-Saturday and 5 p.m. Sunday. 1105 Euclid Ave. N.E. Details, tickets HERE or at 404.523.7647. For discounts, visit PoshDealz.com. Read more about cast member Suehyla El-Attar in this Encore SNAPSHOT. (Pictured, from left: Suehyla-El-Attar, Jacob York and and Johnny Drago.)

Baltimore Waltz. FINAL WEEK. Fern Theatre, one of Atlanta’s newer companies, stages this comedy-drama by Pulitzer Prize-winning playwright Paula Vogel (How I Learned to Drive, The Long Christmas Ride Home, Hot ‘N Throbbing). The smart, quick and deceptively layered script centers around a brother and sister, one of whom has a fatal disease that sends them to Europe to find a cure — and an adventure. The cast: Eliana Marianes, Brandon Partrick and, in many, many roles and accents, Stuart McDaniel. $20. Through March 16. 8 p.m. Thursday-Saturday. 7 Stages BackStage Theatre, 1105 Euclid Ave. N.E. Details, tickets HERE. 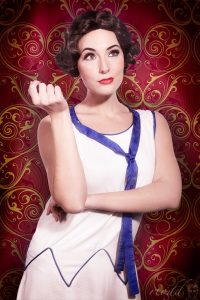 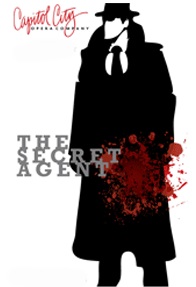 The Whipping Man. OPENING WEEKEND. This crackling three-actor drama, set in Richmond, Va., at the close of the Civil War, is one of the most popular titles at American regional theaters this season. The Matthew Lopez drama opens in 1865, when a wounded Jewish Confederate soldier returns to find his family home in ruins and occupied by two former slaves. Among its questions: “What does it mean to be free?” and “What is the power of faith?” The cast: Jeremy Aggers, Keith Randolph Smith and John Stewart. Alliance Theatre‘s Hertz Stage. $35-$39. Through April 7. 7:30 p.m. Tuesday-Thursday; 8 p.m. Friday; 2:30 and 8 p.m. Saturday; and 2:30 and 7:30 p.m. Sunday. Details, tickets HERE. Meet the director, Atlanta-raised, New York-based Alexander Greenfield, in this Encore FEATURE.