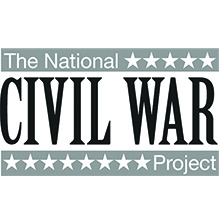 The Alliance Theatre is one of four regional theaters taking part in the National Civil War Project, a multi-city, multi-year effort to commemorate the 150th anniversary of the Civil War through art and academia. The Alliance is partnering with the Emory College Center for Creativity & Arts at Emory University. The team’s projects will include:

Using the Gettysburg Address as the basis for the Alliance’s Collision Project this summer, its 12th. The Collision Project brings together a diverse group of 20 teens from the metro area to explore a classic text and create something of their own. Playwright Pearl Cleage will direct the group.

Development of a new play based on Native Guard, the Pulitzer Prize-winning book by U.S. Poet Laureate Natasha Trethewey, who leads Emory’s Creative Writing Program. The effort will include panels, discussions and research activities hosted by the Emory Center for Ethics. A Native Guard workshop will be part of the Emory University Playwriting Center‘s Brave New Works program in 2014. A full production, directed by artistic director Susan V. Booth, will follow at the Alliance.

Coincidentally, a Civil War-era drama opens Wednesday at the Alliance Theatre. The Whipping Man by Matthew Lopez, a crackling three-actor drama, begins as the War Between the States ends, when a wounded Jewish Confederate soldier returns to his Virginia home to find it in ruins and occupied by two former slaves. It runs through April 7 in the 200-seat Hertz Stage. Tickets, details HERE.

The Civil War Project’s other partnerships team American Repertory Theater and Harvard University in Boston; Arena Stage and George Washington University in Washington, D.C.; and Centerstage in Baltimore with the University of Maryland in College Park. The collaborations were inspired by noted choreographer and MacArthur “genius” fellow Liz Lerman. The theatrical centerpiece of the National Civil War Project is the commissioning and development of 12 new works about or inspired by the Civil War in each region of the United States.