The company’s current production, The Waffle Palace: Smothered, Covered & Scattered 24/7/365, meanwhile, continues through March 17. Tickets, details HERE. The 2013 season will include the company’s annual holiday offerings of Madeline’s Christmas and The Santaland Diaries in December. 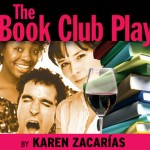 The Book Club Play. By Karen Zacarias. May 17-June 23. Atlanta premiere. The story: Ana lives in a letter-perfect world with an adoring husband, the perfect job and her greatest passion: book club. When her cherished gathering becomes the subject of a documentary film and new members join the circle, things begin to heat up. A comedy about life, love and literature written in 2008 and revised at Arena Stage in Washington, D.C., in 2011. Horizon staged Zacarías’ time-travel comedy Legacy of Light in 2011.

The critics: “The Book Club Play reminds us why we cherish books as much as why we go to the theatre” (DC Theatre Scene); “You do wish that the playwright had placed more emphasis on fleshing out her characters than on re-oiling the evening’s chaotic mechanics” (The Washington Post); “There’s much discussion as to what denotes the difference between entertainment and culture. It’s one of the most thoughtful aspects of a play that could gain a lot from taking itself more seriously” (Washingtonian magazine). 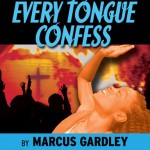 Every Tongue Confess. By Marcus Gardley. July 12-Aug. 18. The story: In the backwater town of Boligee, Ala., the summer heat is driving the townsfolk to distraction and conjuring the spirits of the past to walk the Earth. This fantastical whodunit blends comedy, juke joint and gospel music, magical realism and the local television news. Gardley, a poet and playwright, was nominated for the Steinberg New Play Award for this piece, which premiered in November 2012 at Arena Stage in Washington, D.C., where it was directed by Kenny Leon and starred Phylicia Rashad.

The critics: “This is no ordinary piece of theater. Part magic realism, part miracle play, part parable, Every Tongue Confess is a sort of epic theater-poem exploring sin, loss, and redemption. … The show at its best is luminous” (Washingtonian magazine); “The playwright’s theatrical canvas is a dense one, and though he manages at times to fill it with stories of energy and poetic vitality, too few of his characters possess the heart-piercing intensity of his apparent role model, August Wilson” (The Washington Post). 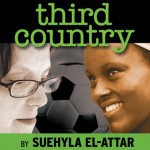 Third Country. A world premiere by Suehyla El-Attar. Sept. 20-Oct. 20. The story: Noura, a refugee, clings to her soccer ball like a lifeline as she meets Sasha, a resettlement worker who guides her to a strange new home in a small Southern town. El-Attar (Horizon’s The Perfect Prayer), an Atlanta-based writer and actor, sets her new piece in Clarkston, Ga. It was nurtured through Horizon’s New South Play Festival.

In addition to producing its five-play mainstage season, Horizon also develops new plays through workshops, readings and the annual New South festival, dedicated to plays from, for, and/or about the South.

New subscribers can sign up for three- or four-play packages by calling 404.584.7450 or going online (soon). Existing subscribers will receive renewal forms in the mail in the next few weeks. The 172-seat Horizon is in Little Five Points, at the intersection of Austin and Euclid avenues. Parking, unlike many spots in town, is blessedly free.