Atlanta Opera will open its 2013-14 season in October with Puccini’s Tosca, followed by Faust in March 2014 and The Barber of Seville in April 2014. All performances are at the Cobb Energy Performing Arts Centre.

It will be the first season under the opera’s new general director, expected to be named in April. The opera has been without someone in this leadership role since Dennis Hanthorn left the job in late July. Here’s a closer look at the season: 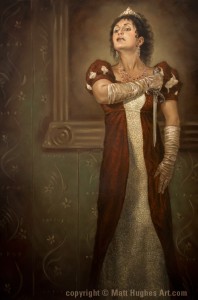 Tosca by Giacomo Puccini. Oct. 5, 8, 11 and 13. A melodrama in three acts that debuted in January 1900. The story: The diva Tosca becomes trapped between her allegiance to her rebel lover and the scheming of a treacherous police chief, who will stop at nothing in his lust for her. Soprano Kara Shay Thomson makes her Atlanta Opera debut as Tosca, a role she has sung more than 75 times. Tenor Massimiliano Pisapia, in his U.S. debut, sings the role of her lover, Cavaradossi. Baritone Mark Delavan is Scarpia, a role he did with Atlanta Opera in 1997. Performed in Italian with projected English translations. 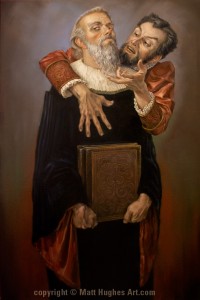 Faust by Charles Gounod. March 8, 11, 14, 16, 2014). This grand opéra first premiered in Paris in 1859. Gounod’s version of the famous struggle between good and evil is set in 16th-century Germany. The story: An elderly scholar sells his soul to the devil Méphistophélès for a chance to seduce the beautiful and innocent Marguerite. Atlanta Opera produced Faust only once before, in 1995. Tenor Noah Stewart makes his Atlanta Opera debut in the title role. Soprano Mary Dunleavy sings Marguerite (see her in March as Violetta in La traviata). Russian bass Alexander Vinogradov makes his Atlanta Opera debut as Méphistophélès. Performed in French with projected English translations. 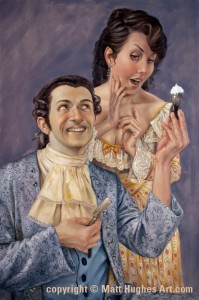 The Barber of Seville by Gioachino Rossini. April 26, 29 and May 2 and 4, 2014. The opera buffa is presented in two acts and takes place in Seville, Spain, during the 17th century. The story: The wily barber Figaro aids Count Almaviva in wooing the radiant maiden, Rosina. With masterful disguises and hilarious antics, romance unfurls right under the nose of an aghast Dr. Bartolo, intent on marrying Rosina himself. Mezzo-soprano Emily Fons sings Rosina, tenor Juan José de León is Count Almaviva and baritone Sidney Outlaw is Figaro. Both men are appearing on the Atlanta Opera stage for the first time. Performed in Italian with projected English translations.

The season will include the High School Opera Institute, beginning with auditions in September; the fourth annual 24-Hour Opera Project, which moves to Nov. 1-2 to coincide with National Opera Week; and the 2013 Atlanta Opera Ball, a fundraiser titled Puccini’s Palazzo.

Subscriptions to the three operas range from $66 to $436 and are available HERE. Single tickets will go on sale later.

Of note: All of the imagery being used to talk about the season was created by Atlanta artist Matt Hughes.