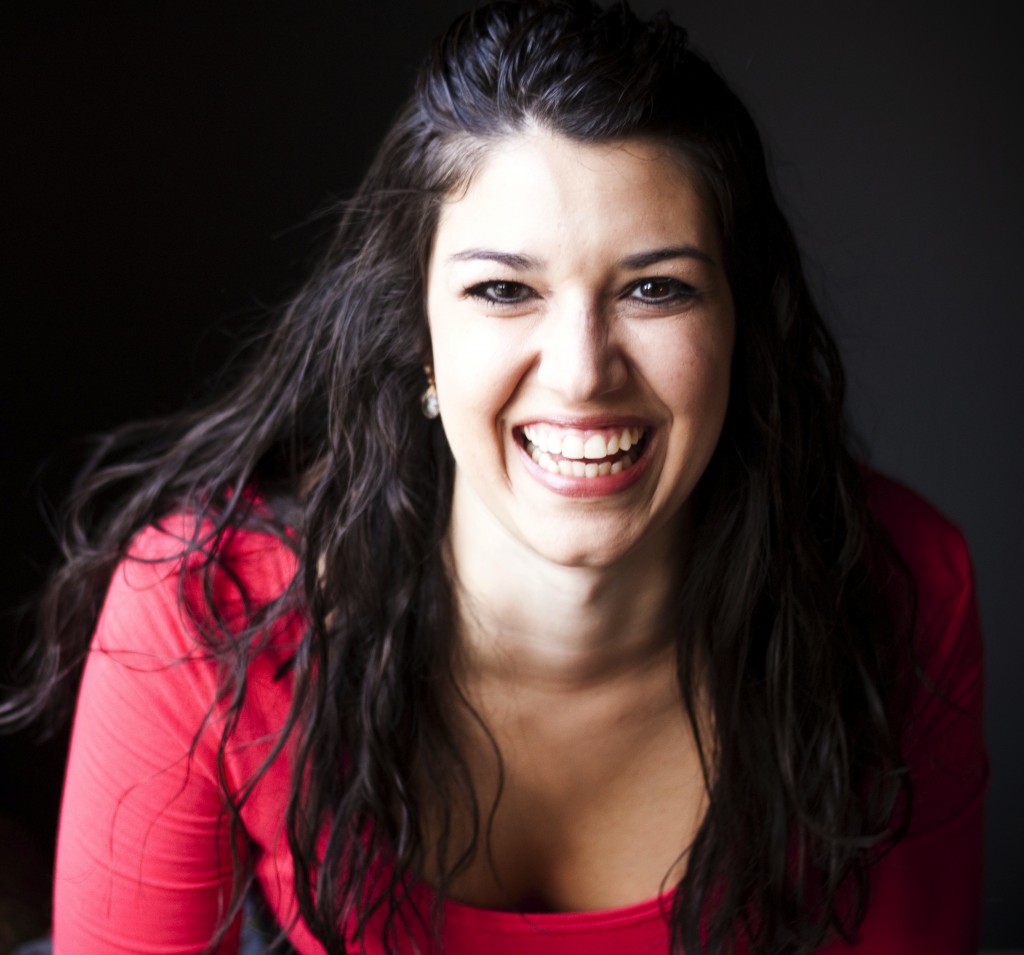 In brief: Eliana, 25, has been speaking French since second grade and playing with Théâtre du Rêve, Atlanta’s French language theater company, since 2008. She’s back now in Lovers and Lunatics: Three Farces de Feydeau, a bit of fluff for valentine’s season in which she’s an amorously scheming neighbor and a Keystone Kop-like police officer (two roles). It runs through Feb. 24 (tickets, details HERE).

Small world: The Feydeau features TdR longtimers Ariel Fristoe and Chris Kayser, with whom Eliana crossed paths much earlier in life. She met Fristoe at age 15 while seeing a TdR Moliere piece with her French class. She first saw Kayser at the Alliance Theatre: He was Scrooge in A Christmas Carol; she was a little kid in the audience. They met face-to-face five years ago, working on TdR’s The Sacrificing Actor, a project that eventually took them to Limoges, France. That is, incidentally, where he provided her with her first taste of Jim Beam.

Say it with me: Her first name starts with an “eel,” as in eel-EE-ah-nuh.

You’ve seen her: In the past year in I Ought to Be in Pictures at ART Station in Stone Mountain, Lend Me a Tenor at Stage Door Players in Dunwoody and Nunsense at Legacy Theatre in Tyrone. Previously at Aurora Theatre, Georgia Ensemble, Georgia Shakespeare, the New American Shakespeare Tavern, Out of Hand and Synchronicity Theatre (as the prissy, rule-obeying Alice Morales in back-to-back seasons of The Best Christmas Pageant Ever). She’s an Emory grad.

Next! She plays Anna, the protagonist, in Paula Vogel’s The Baltimore Waltz with the new Fern Theatre. The character travels to Europe with her brother in search of fun — and a cure for her Acquired Toilet Disease, a terminal (and fictional) illness. It’s at 7 Stages’ BackStage Theatre in March).

First time onstage: At age 6. She sang “Hush, Little Baby” — solo, a cappella and with a lisp — to an auditorium full of parents at school. “My parents said the lisp made it cuter, but I was really glad they sent me to speech therapy.”

Why theater: “I can’t imagine doing anything else. There is nothing in this life that I have encountered that I love any more. It makes me feel like part of something much bigger than myself. It’s a way for me to get to know mankind.”

Dream role: “I want another crack at Beatrice in Much Ado About Nothing.” She got Shakespeare’s humor right when she did the comedy in high school, she says, but not the gravity that underpins the role.

Biggest production to date: Her marriage in May to one Paul Lundberg. She loves him at least as much as she does theater.

Kathy Janich,  Encore Atlanta’s managing editor,  has been seeing, covering or working in the performing arts for most of her life. Please email: kathy@encoreatlanta.com.