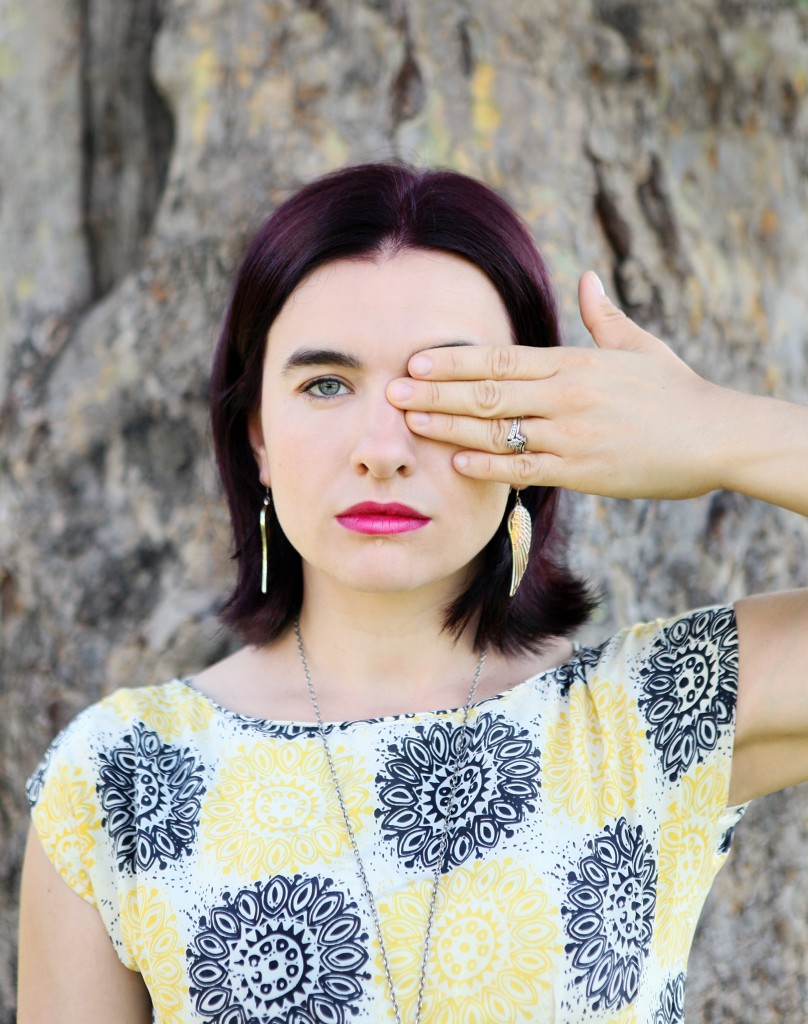 In brief: Jonida, 32, performing under the stage name Gypsee Yo, premieres Harabel, her original one-woman show Jan. 11-12 at Theatrical Outfit. It’s a series of poetic snapshots that follow one brave girl — her — from war-torn Albania to the American South, from girl to woman and from stranger to American. She’s also a much-in-demand costume designer. (Harabel tickets HERE or at 1.877.725.8849.)

Hometown: The capital city of Tirana in Albania. Population: 400,000. Moved at age 18 to Decatur, Ala., the proud home of Meow Mix(!) Graduated from the University of Alabama at Birmingham and moved to Atlanta in 2005. First design job: Blood Knot at Theatrical Outfit with Tom Key and Kenny Leon.

Lives now: In a bicultural, bilingual home in Kennesaw with husband Erion Vogli, a software engineer; children Ema, 6, and Ezra, 2 1/2; and her in-laws, who speak only Albanian.

History, in brief: Albania, an Eastern European nation of 3.2 million people, was the last country in which communism fell. It was very much like today’s North Korea, Jonida says. An economic crisis hit in 1996, followed by an armed rebellion, and, in 1999, the beginning of ethnic cleansing in the former Yugoslavia, which sent waves of refugees into Albania.

Her history, in brief: She worked as an English translator from the time she was 15. After high school, she worked in refugee camps. Her parents and younger brother still live in Albania. She sees them every year or two.

Proud to be an American: Became a U.S. citizen in April 2012. “It was quite an emotional and important moment,” she says, one witnessed by her daughter, “who got a very long lecture on privilege on the way there. I’m proud of calling myself an Albanian-American. And I can say I’m a Southern girl, too.”

Onstage: As a performance artist, Gypsee Yo blurs the lines between theater, dance, storytelling, spoken word and slam poetry. She’s published three books in Albania and has collected a good number of titles and awards competing nationally and internationally. Last summer she was part of Lincoln Center Outdoors, a multicultural event in New York featuring storytellers, poets and musicians from around the world. And she’s been featured on NPR’s “Snap Judgment,” a storytelling program that airs on 200 stations nationwide (10 p.m. Sundays on WABE-FM, 90.1). As if that’s not enough, she also teaches workshops at high schools and colleges across the country.

On being Albanian-American: “Sometimes I feel like an exotic animal. Most people don’t even know where Albania is. Sometimes it’s a lot of pressure. I don’t want to blow it for the rest of the Albanians.”

On life: “It’s a balancing act. I see all of that as a bonus round, so I’m like, ‘just enjoy it.’ There’s nothing like life. Life has a funny way of showing up and working itself out. I’m a firm believer in goodness and grace.”