He’s a Pulitzer Prize winner and multiple Tony Award nominee. His plays have been done in New York and across the country. The titles should be familiar: Rabbit Hole, Kimberly Akimbo, Fuddy Meers, Wonder of the World. He also writes librettos (the musical High Fidelity), lyrics (Shrek the Musical) and movie scripts. 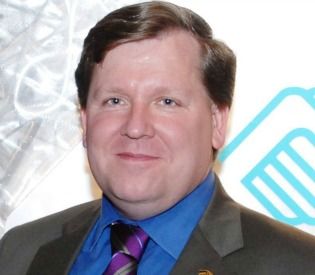 If you were to say David Lindsay-Abaire is a big deal in the American theater, you’d be right.

Good People, his comedy-tinted drama about an out-of-work Boston cashier, is the most popular play at regional theaters nationwide this season, with 17 productions. It’s about class and social status and what happens when chasing the American dream collides with doing the right thing.

The world of New York theater is quite a philosophical distance from the workaday ways of South Boston, aka Southie, where Lindsay-Abaire grew up and where Good People is set. He knew if he wrote about it, he’d have to get it right.

“The people are wonderfully funny and soulful and dark at times. I knew that if I was going to write about the neighborhood that I wanted to be mature enough to do it well and write about the people respectfully.”

Lindsay-Abaire’s path from Southie to New York and home again began when he was drafted to write his high school’s traditional ninth-grade play. “You’re the funny one, you should write it,” he was told. He went on to write first-ever plays for his 10th- and 11th-grade classes, as well. In 12th grade, he wrote a musical.

Lindsay-Abaire majored in theater at Sarah Lawrence College but considered himself an actor until his early days at Juilliard, in a class taught by dramatist Christopher Durang. Then it clicked.

“It was sort of a novel concept to me,” he says, speaking quickly, softly and with a edge of amusement.

The New York Times called Good People “very fine.” The Boston Globe said it has “a rare acuity of perception” and packs ” a substantial emotional wallop.” The website Theatermania said it “defies onlookers to leave without feeling deeply satisfied.”

Lindsay-Abaire, 43, writes play about outsiders searching for clarity. And he’s comfortable with incongruences rubbing up against each other. Kimberly Akimbo, Fuddy Meers and Wonder of the World are hilarious yet oddly touching; Rabbit Hole balances ironic humor and deep sadness, as Atlanta audiences know because all have been staged by metro theaters.

Good People touches on all of those, in one way or another, and Lindsay-Abaire, who lives in a three-story Victorian in Brooklyn with his wife and two young sons, is surprised at how it’s become more relevant with time.

During a Boston run last fall, he heard comments on how much he’d changed the script, with observers citing references to Mitt Romney’s White House run. The script hadn’t changed but the world had. The Occupy Wall Street movement had sprung up and campaign rhetoric was fiery. Good People, the playwright says, was reverberating in new and different ways.

How Good People resonates in Atlanta remains to be seen. Lindsay-Abaire, meanwhile, will keep writing plays because, as he says with characteristic humor, “It’s the only thing I’m good at.”

TOOTSIE Feature: A New Tootsie for a New Tour