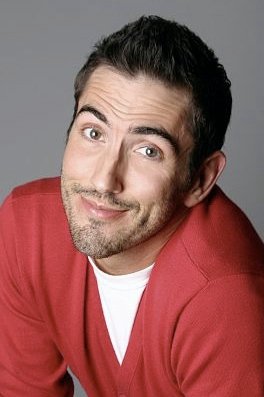 In brief: Brian, 31, made a remarkable entry on the Atlanta theater scene in the summer of 2009, when he opened Serenbe Playhouse in Palmetto/Chattachoochee Hills. This man with many hats (actor, singer, dancer, educator, director, producer) can be seen onstage as the dashing and dangerous John Wilkes Booth in Assassins, at Fabrefaction Theatre Company, through Nov. 11. Details HERE.

Lives now: An apartment at Serenbe, the 1,000-acre sustainable-living community in Palmetto, with dogs Duke and Leroy. Both are rescues.

Where you’ve seen him: Onstage as Miss Texas in Pageant at the 14th Street Playhouse (2010). At Serenbe, in one show each season thus far, the musicals John & Jen, Ordinary Days and Time Between Us.

Training: B.A. in theater and dance from Amherst College (Massachusetts). MFA in acting from the University of South Carolina. The British American Drama Academy. Shakespeare Theatre Company in Washington, D.C. Has performed in Tokyo, London, Canada, Central and South America, the Caribbean, New York, Los Angeles and almost every other major U.S. city.

First time onstage: In kindergarten, as Mr. McGregor in Peter Rabbit. He had a plastic shovel, and Granny helped with his overalls.

Best thing he’s seen lately in which he wasn’t involved: Time Stands Still at Horizon Theatre Company, the Donald Margulies play about a photojournalist and a reporter who are more comfortable at war than at home.

The Serenbe story: He’d been living and acting in New York for four years when he decided to return to the Southeast. First came grad school, and a visit to his Atlanta-based sister. They spent time at Serenbe. He fell in love, and sent a blind email expressing his interest in doing theater there. A business plan came next, and voila!, Serenbe Playhouse, a professional theater committed to site-specific performances, was born. It begins its fourth season when the weather warms. In the meantime, look for its late-night holiday cabaret A Diva’s Christmas, touring the metro area during the holidays.

Plugs: In April, he’ll play Leo Frank in Parade, the Alfred Uhry-Jason Robert Brown musical, at Fabrefaction. And he’s nominated for a 2012 Suzi Award (Atlanta’s professional theater honors) as director of Shipwrecked: An Entertainment at Serenbe. The ceremony is Nov. 5.

In five or 10 years: “I see myself in Atlanta. I see the Playhouse growing. I see myself doing more theater intown. I see myself teaching. And if a rich husband comes along … I won’t be upset.”

Kathy Janich, Encore Atlanta’s managing editor, has been seeing, covering or working in the performing arts for most of her life. Full disclosure: She’s affiliated with Fabrefaction Theatre Company, mentioned above. Please email: kathy@atlantametropub.com.