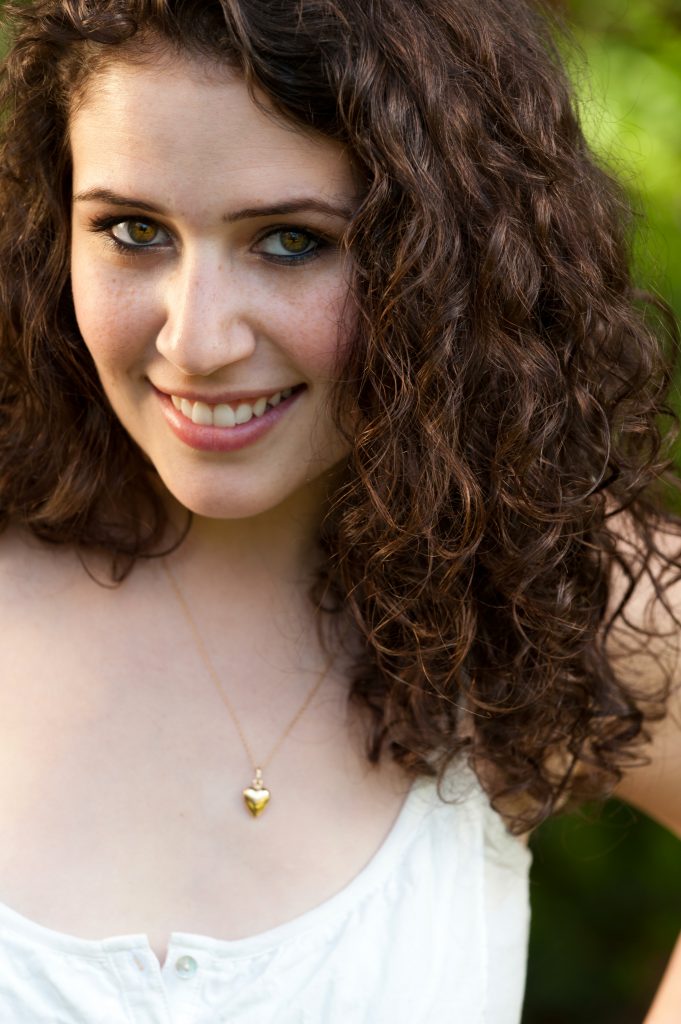 In brief: Claire, 24, is the multi-hyphenated Chloe Lowenstein-O’Malley-Garcia-Smith in the Alliance Theatre’s The Real Tweenagers of Atlanta: The Final Assembly, onstage for two shows this Saturday (Oct. 27) and next. The five-member company has been touring its improv musical to metro schools for three weeks, inside and outside the Perimeter, from the Coretta Scott King Young Women’s Leadership Academy in northwest Atlanta to middle schools in Conyers and Villa Rica. Details, tickets HERE.

Lives now: In Peoplestown, near Grant Park, with two roommates, both actors.

Where you’ve seen her: All over, including last summer at Georgia Shakespeare; in two editions of Synchronicity Theatre’s The Best Christmas Pageant Ever (as bad girl Imogene Herdman) and as the fierce, funny and beguiling Guide in SAÏAH International’s Rua | Wülf at the Goat Farm last April. Also at the Academy Theatre, Georgia Ensemble Theatre and Theater Emory.

Training: Bachelor of arts in theater studies and psychology from Emory University (2010); three intense months at the London Academy of Music and Dramatic Art in 2009. She was in class five days a week, eight and 12 hours a day. Voice class. Dance class. Rehearsal. Clowning class. Clowning was the hardest both at Emory and in London.

First time onstage: Lucy in a very dumbed-down version of You’re a Good Man, Charlie Brown at age 7 or 8.

Why theater: “It’s s just my passion. I’ve always loved it. I started out as a kid saying, ‘I wanna be famous when I grow up!’ That turned into an absolute love of the craft, of the art. It’s incredibly challenging and scary (for me) work. It’s  just a thrill that I can’t explain.” She no longer wants to be famous.

Day job? Not anymore. She’s pretty much able to support herself through acting, with a random baby-sitting gig now and again. And she lives frugally. Her best tip: Cook your own meals.

Next five years: “I love Atlanta, but I would love to get the experience of working in other towns. I would love to be working on a combination of roles that are challenging and fun. And pushing the boundaries of Atlanta theater.

Ask and you shall receive? In November she moves to Sacramento, Calif., for six months to work with B Street Theatre. She’ll be onstage, taking classes and working at the theater, which has a seven-show mainstage series, an edgier three-show series and a four-show family series.

Special skills? Every actor’s résumé has a list of these talents. Hers includes “bird movement,” “stage combat with shinai sword” and “good with children.” Not necessarily at the same time.

Kathy Janich, Encore Atlanta’s managing editor, has been seeing, covering or working in the performing arts for most of her life. Full disclosure: She’s affiliated with Synchronicity Theatre, mentioned above. Please email: kathy@atlantametropub.com.