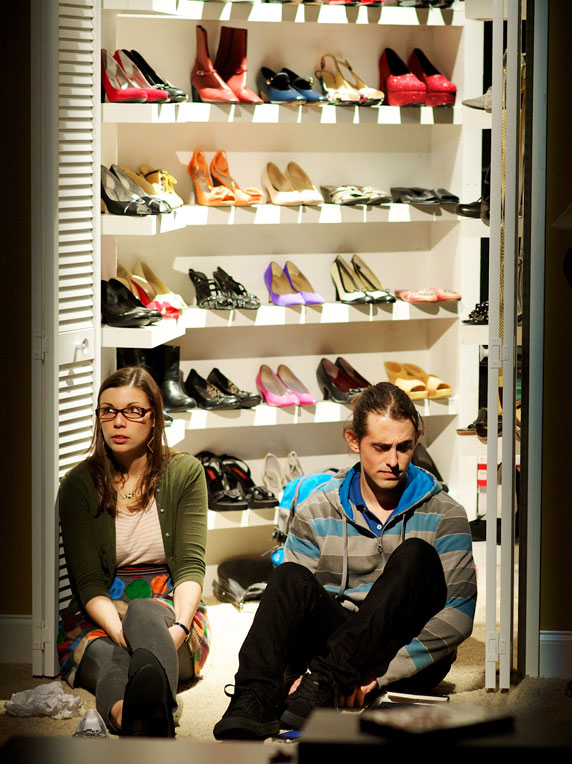 Looking for something cultural to do this weekend and beyond? Here are Encore Atlanta’s recommendations (in alphabetical order). Pictured: Sarah Elizabeth Wallis and Barrett Doyle in “Tigers Be Still” at Aurora Theatre. Photo: Chris Bartelski.

Kiss of the Spider Woman. Actor’s Express stages this musical thriller from Kander and Ebb (Cabaret, Chicago) based on the Manuel Puig novel and the 1985 movie. It features Valentin and Molina, a Marxist revolutionary and a gay window dresser, respectively, who develop an uneasy friendship rooted in surviving a Latin American prison. Express artistic director Freddie Ashley directs. The critics: “Mr. Ashley … turns Spider Woman into an exotic, ultimately moving evening of musical theater” (Atlanta INtown); “One of the theater’s strongest productions in recent history” (AtlantaTheaterFans.com). The show won seven 1993 Tony Awards including best musical. Through Oct. 7. 8 p.m. Wednesday-Saturday and 2 p.m. Sunday. $26-$47, plus tax (tickets are $2 cheaper when purchased online). 887 W. Marietta St. in the King Plow Arts Center. Tickets, details HERE or at 404.607.7469. For  discounts, visit PoshDealz.com.

The Man Who Came to Dinner. FINAL WEEKEND. A cast of more than 25 tells the story of irascible arts critic Sheridan Whiteside, who comes to call and just … won’t … leave. Georgia Ensemble Theatre celebrates its 20th anniversary season with this 1939 comedy by Kaufman and Hart, whose You Can’t Take It With You was GET’s inaugural production in 1993. 8 p.m. Thursday-Friday; 4 and 8 p.m. Saturday; and 2:30 p.m. Sunday. $20-$33. Roswell Cultural Arts Center, 950 Forest St., Roswell. Tickets HERE or at 770.641.1260. Go HERE for a SNAPSHOT of actor-about-town Tony Larkin.

The search for the exceptional. The second part of this GloATL three-piece cycle takes place in the pool at historic Maddox Park. This new work continues gloATL’s collaboration with Atlanta filmmaker Micah Stansell and dance maker Lauri Stallings. Stansell’s film, featuring gloATL dancers in precarious underwater scenes, will be projected onto the surface of Maddox Park’s long-empty swimming pool. Stallings sees the empty pool as a vessel for choreographed physical situations that explore intimacy and role sharing in public spaces. The hourlong piece is free and open to the public. 8 p.m. Sept. 21-22. Maddox Park is across from the Bankhead MARTA station at 1142 Donald Lee Hollowell Parkway N.W. More on gloATL HERE.

Tigers Be Still. A cast of four — Sarah Elizabeth Wallis, Barrett Doyle, Jayson Smith and Abby Parker — create a comic world of suburban dysfunction centered around an overly eager young woman (Wallis) with a master’s degree in art therapy who finally gets a job. Now if only her mother would come downstairs, her drunk sister would get off the couch, her patient would do his take-home assignments, her new boss would leave his gun at home and someone would catch the tiger that escaped from the local zoo. Note: Includes adult content. The critics: “As the sparkling young co-stars, Wallis and Doyle truly come into their own…. With a refreshingly genuine sensitivity and undeniable chemistry to spare, they make an irresistible pair of characters” (Bert Osborne, The Atlanta Journal-Constitution). The script is by Kim Rosenstock, direction by Justin Anderson. In Aurora Theatre‘s black-box Harvel Lab. $15. Through Sept. 30. 8 p.m. Thursday-Saturday and 2:30 p.m. Sunday. 128 Pike St., Lawrenceville. To reach the free parking deck attached to the theater, go to 153 W. Crogan St. Details, tickets HERE or at 678.226.6222. From February: A SNAPSHOT of up-and-comer Sarah Elizabeth Wallis.

Time Stands Still. Horizon Theatre Company stages the Southeastern premiere of this New York hit by Pulitzer Prize-winning playwright Donald Margulies (Dinner With Friends, 2000). It tells the story of Sarah and James (Carolyn Cook and Robin Bloodworth, pictured), a photojournalist and foreign correspondent, respectively, who’ve been together for years and share a passion for documenting the realities of war. When circumstances send them home, conventional domesticity seems to threaten them more than roadside bombs. The cast includes Ann Marie Gideon and Chris Kayser. The critics: “Director Lisa Adler has knocked it out of the park with this production…. An unforgettable theatrical experience” (Andrew Wesley, AtlantaTheaterFans.com). Through Oct. 14. 8 p.m. Wednesday-Friday; 3 and 8:30 p.m. Saturday; and 5 p.m. Sunday. $20-$25. Horizon Theatre Company, 1083 Austin Ave. N.E. (at Euclid Avenue). Details, tickets HERE or at 404.584.7450.

War Horse. OPENS TUESDAY. It’s a really big deal that Broadway in Atlanta is bringing this epic, which gives us an equine’s-eye view of World War I, to town so early in its first national tour. It’s pretty universally agreed that War Horse, which won the 2011 Tony Award for best play, is a remarkable tale of courage, loyalty and friendship between a young boy named Albert and his beloved horse named Joey. Joey and the other real-looking horses come from South Africa’s amazing Handspring Puppet Company. Sept. 25-30. 8 p.m. Tuesday-Friday; 2 and 8 p.m. Saturday; and 1 and 6:30 p.m. Sunday. $30-$70. Fox Theatre, 660 Peachtree St. N.E. Details, tickets HERE or at 1.800.278.4447. ARTICLE on the actors and puppeteers who make Joey gallop. 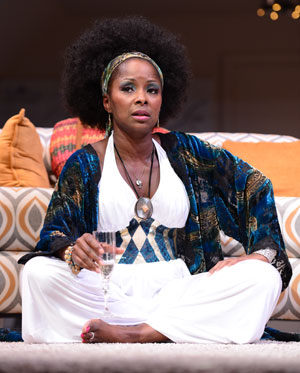 What I Learned in Paris. WORLD PREMIERE. Extended through Oct. 6. Miniskirts and bell-bottoms sold downtown for $8.87. Stevie Wonder sang “Livin’ for the City” on the radio. And change was in the air from Buckhead to Butler Street. This political romance by Pearl Cleage begins the Alliance Theatre‘s 2012-13 season in a big way. The story, a tale of passion and politics that could only happen in Atlanta, begins the night Maynard Jackson is elected mayor. The critics: “Pearl Cleage delivers a sparkling comedy about personal relationships written between the lines of history” (Wendell Brock, The Atlanta Journal-Constitution); Crystal Fox’s Evie  (left) is a “woman who knows how to make an entrance….  She has the confidence, charisma and wit of Dolly Levi, as well as Dolly’s tendency to, shall we say, benevolently meddle” (Manning Harris, Atlanta INtown); “The celebration of the ‘magic of feminism,’ makes this play, billed as romantic comedy, one that also examines the roots of the feminist movement” (Kenny Norton, AtlantaTheaterFans.com). 7:30 p.m. Tuesday-Thursday; 8 p.m. Friday; 2:30 and 8 p.m. Saturday; and 2:30 p.m. Sunday. On the Alliance mainstage, 1280 Peachtree St. N.E. $30-$50. Details, tickets HERE or at 404.733.5000. For discounts, visit PoshDealz.com. Read more about the show and the playwright HERE.