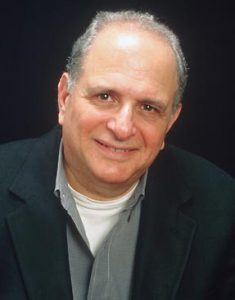 Playwright Alfred Uhry, a prodigious reader, once told an interviewer that “me in a bookstore is like an alcoholic going to a bar.” That book habit led to both his first professional theater project, the 1975 musical The Robber Bridegroom, from a Eudora Welty novella, and his latest, Apples & Oranges, from a memoir by author-journalist Marie Brenner. The Alliance Theatre is giving Apples & Oranges its world premiere with Patricia Richardson (TV’s “Home Improvement”) and stage actor Tony Carlin as the cast.

Alliance audiences know well his Driving Miss Daisy and Tony Award-winning The Last Night of Ballyhoo. Lately Uhry, 76, an Atlanta native and faithful New Yorker, took time to talk about Apples & Oranges as well as his early career with Broadway composer Frank Loesser, and his stirring and disturbing 1998 musical Parade, which played in revised form in 2007 at London’s Donmar Warehouse.

What interested you in Apples & Oranges? How did you get involved in the project?

I heard about Marie Brenner’s book, and it sounded like something I wanted to read. Almost the next day, Lynne Meadow [of the Manhattan Theatre Club, who directs here] called and asked if I’d like to turn it into a play. So I read it. I was very moved, and I immediately saw the dramatic possibilities. I was particularly drawn to the subject because it concerns the adult relationship of a brother and a sister — no other siblings in the family. I come from the same setup — one brother, one sister. The dynamics are quite different than that of two brothers or two sisters or a family with other siblings. I wanted to explore this, so I signed on.

Did you know Brenner?

I didn’t know Marie when I read the book but had read and admired her work. I met her almost immediately, and she became a friend as well as a big help. I went out to Washington state with her to see her brother’s apple orchards and to meet his friends. I learned a lot that went into my play.

Has the show gone through any readings, workshops?

There were, I think, three readings of various drafts of the play. The last one was in front of a large audience, and it went very well. That’s when Lynne and I realized we were on to something.

How long have you been working on the piece?

About three years off and on.

Why did you feel strongly about having the show’s world premiere at the Alliance?

For several reasons. I wanted to spend time in Atlanta and hang out with my family and some old friends. I have had good luck at the Hertz Theatre. The Last Night of Ballyhoo premiered there during the 1996 Olympics and went on to win the Tony Award as best play. And Driving Miss Daisy played there for a long time. I think it still holds the longevity record. And, finally, Susan Booth was at the final reading, loved the play and offered to do it.

What changes did you make in your script?

A play is all dialogue. A book is not. Most of this one is descriptions and Marie’s observations. Obviously that doesn’t work on the stage. I had to reimagine it as a play. That took a while.

How different is it, if it is different at all, to write for just two characters?

After quite a long struggle, I realized that I needed to write a two-character play. I had never attempted that before. I’ve done a few with three characters, Miss Daisy included. That’s easier because the two main ones have somebody else to talk to. With just two it becomes harder to keep the train on the tracks — a lot harder.

Can you give us some insight into your writing process?

I work every day. I don’t always get something written, but I work at it. I tend to edit things in my head before I get up the nerve to write stuff down. Frank Loesser used to say he wrote slow and threw out fast. I find myself doing more and more of that. I wish I was quicker, but I’m just not.

What kinds of projects attract you?

I guess I’m always interested in writing about people, as opposed to events. I wouldn’t be much good at an action thriller, but I seriously doubt if anyone would ever ask me to do that. I like variation. I enjoy doing plays, musicals and movies.  I haven’t done much television, but who knows?

Frank Loesser was a big influence in your career. Can you tell us about that?

When I first came to New York, I was very fortunate to sign a contract with Frank Loesser’s music publishing firm. I was strictly a lyric writer then. Frank was a master of his art. I still think Guys and Dolls is the finest musical ever written. I had a lot of sessions with him where he pulled my lyrics apart and gave advice — really a tutorial arrangement. The most important thing I learned was that every word, every syllable counts. Maybe that’s why I rework my stuff so much.

What are you working on now?

A couple of things — a musical version of Midnight in the Garden of Good and Evil and a play called Divine Intervention [based on the true story of a 19th-century Italian Jewish infant taken from his family by the Catholic church].

When might Atlanta see the Donmar revision of Parade?

Jason Brown and I would be delighted to have the Donmar version of Parade done in Atlanta. We were happy to have a chance to do more work on the show and, I’d say, changed about 15 percent of it for London. So, please! Somebody step right up!

Kathy Janich is Encore Atlanta’s managing editor and an avowed fan of Parade.