Summer may traditionally be peak season for concerts, but the fabulous Fox attracts a diverse lineup of the world’s leading artists all year-round, with something for alt and psychedelic rockers, families with kids, alt-country fans, opera and oldies (sorry, Mr. Valli). Here’s a sneak peak at some upcoming shows:

8 p.m. July 21. Widely considered the world’s consummate party band, these Athens-based alt-rock favorites have been doing their cosmic thing for 35 years now. They haven’t slowed down a bit with age: Classic hits such as “Rock Lobster,” “Planet Claire” and “Love Shack” still leave audiences with their tail feathers thoroughly shaken, and the quartet’s retro-futuristic love of kitsch never fails to leave a smile on fans’ faces. Tickets: $48.35-$117.95. 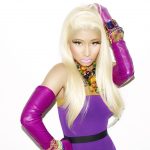 7:30 p.m. July 22. Born of Indian and Trinidadian ancestry, Minaj emerged from the NYC underground in 2009 to become the Lady Gaga of hip-hop. Known as much for her over-the-top fashion and personality as she is for her music, Minaj was the first female solo artist ever to have seven singles on the Billboard Top 100 at once. With her new album, Pink Friday: Roman Reloaded, she’s out prove her platinum-selling debut was no fluke. Tickets: $57.90-$94.

2:30 and 6:30 p.m. July 31. Formed 21 years ago in Sydney, Australia, the Wiggles have grown from a college project for founding member Anthony Field’s early childhood education studies 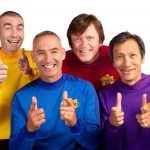 into a global phenomenon including a TV show, amusement parks and more than a dozen platinum albums. The band’s latest tour holds special significance, as it marks the farewell for founding members Murray Cook, Jeff Fatt and Greg Page, who will be replaced by new members in 2013. The kids will be jumping! Tickets: $26.50-$92.65.

8 p.m. Aug. 25. They’re based in Nashville, but OCMS (pictured, at top) is about as far from the modern country scene’s cookie-cutter sound as it can be. Instead, like alt-country icons Gillian Welch and Mumford & Sons, the string band traffics in old-timey folk, bluegrass and Americana, recalling a simpler time in music’s evolution. With the recent return of founder Chris “Critter” Fuqua, OCMS seems reinvigorated and ready to hit the road. Tickets: $45.20. 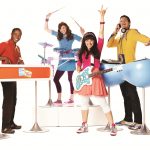 6 p.m. Aug. 26. If you’ve never heard of the Fresh Beat Band, chances are you’re outside the hit Nick Jr. show’s target demo of 3- to 5-year-olds. The show centers on four teens (Twist the DJ, Shout the Keyboardist, Kiki the Violinist and Marina the Drummer) that attend music school and play in a band together. In concert, you can bet that their simple but infectious tunes will have the preschoolers partying like rock stars. Tickets: $41.35-$51.95.

7:30 p.m. Sept. 14. Il Volo started out on a reality show – Italy’s Ti lascio una canzone. Originally competing against one another, operatic teens Piero Barone, Ignazio Boschetto and Gianluca Ginoble found strength in numbers, with their 2011 debut premiering at No. 10 on the Billboard charts. They’re touring in support of Il Volo Takes Flight — Live From the Detroit Opera House, a concert that has made them a hit with the PBS viewers everywhere. Tickets: $52.45-$95.15.

8 p.m. Oct. 13. Most tribute bands come off as something of a bad joke, but Australian Pink Floyd elevates mimicry to an art form. Founded in 1988, the band has devoted its entire 24-year career to re-creating latter-day Pink Floyd concerts down to the most intricate detail, from spot-on guitar solos to intricate lasers and display panels. It’s an otherworldly experience for fans fond of Floyd’s progressive, psychedelic rock and has even earned the approval of David Gilmour, the voice and guitar of the original Pink Floyd. Tickets TBA.

8 p.m. Nov. 1. Born Francis Stephen Castelluccio in 1934, Frankie Valli is nearing the 60th year of an influential pop music career that has brought 29 Top 40 hits with the Four Seasons and another nine as a solo artist. The original Jersey Boy has seen numerous peaks over the years, from early hits like “Sherry” and “Walk Like a Man” to his ‘70s comeback in Grease. Now, even at age 78, his trademark falsetto remains in fine form. Atlantans loved the musical Jersey Boys during both stops at the Fox; now they can see the real deal. Tickets: $67.60-$142.50. 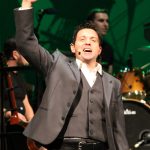 7:30 p.m. Nov. 4. Sort of a male answer to Celtic Woman, this Irish singing group known for its numerous PBS specials has attracted a devoted international fan base known as “Thunder Heads.” There have been quite a few lineup changes in recent years, with Damian McGinty now on Glee and Paul Byrom launching a solo career. But Voyage continues to pay tribute to traditional Irish culture, with standout songs such as “Dulaman” and “Galway Girl.”

Bret Love is the founder of  the ecotourism/conservation site GreenGlobalTravel.com; the national managing editor of INsite magazine; and music editor for Georgia Music Magazine. He freelances for more than a dozen other national and international publications, and performs on improv teams with Jackpie at Relapse Theatre.