Oscar-nominated Bridesmaid Melissa McCarthy cheered on the Braves, communed with sea creatures at the Georgia Aquarium and brunched at Midtown’s South City Kitchen. Big gun moviemaker Clint Eastwood got his Irish on at Fado in Buckhead. “Desperate Housewife” Vanessa Williams cha-cha’d into Cafe 290 in Sandy Springs to take in the sounds of Joe Gransden and his big band.

When did Atlanta become celeb central?

It started, truth be told, in 2008, when Georgia began offering tax incentives to production companies willing to 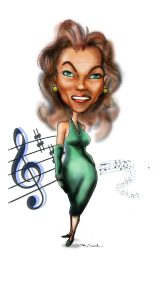 shoot movies and TV shows here. That’s what brought Sandra Bullock to town about then for The Blind Side. And Jason Bateman and Ryan Reynolds, who came for 2011’s The Change-Up. And Marisa Tomei, Billy Crystal and Bette Midler, here last fall for Parental Guidance. And Cameron Diaz and Co. for What to Expect When You’re Expecting, which hit theaters just before Memorial Day. And. And. And.

It doesn’t hurt that Atlanta and its environs also have become a mini-TV mecca: Lifetime’s “Drop Dead Diva,” in its fourth season, shoots in Peachtree City (Margaret Cho, y’all? Love her!). AMC’s zombie-laden “The Walking Dead” regularly stalks the streets of downtown. Also rolling here: VH1’s “Single Ladies,” the USA Network’s “Necessary Roughness” and just about everything Tyler Perry makes for every screen of every size.

And where celebs go, cash follows. The economic benefit of all this stargazing? A cool $2.4 billion in the latest fiscal year, according to the Georgia Film, Music and Digital Entertainment Office.

No wonder spotting someone famous — then tweeting, texting or Facebooking about it — seems to be one of Atlantans’ favorite spectator sports. Ryan Gosling in Peachtree City? Oooohhh, really? Ice-T at Phipps Plaza for a movie premiere! Wow! “Weeds” wacko Kevin Nealon at LegoLand?! He has kids?!

My fave celeb sighting of late? Kevin Bacon, who sizzled ever so coolly when he dropped into the annual spring fundraiser at Dad’s Garage Theater Company. The event’s name: Baconfest. 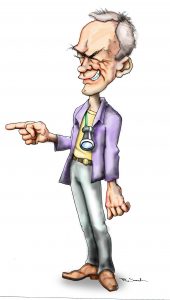 But that’s so yesterday. Here’s who has been spotted lately and who’ll be around as July and August skip toward Labor Day. If you spot a celeb and want to join the game, hit us up on Twitter (@EncoreAtlanta) or Facebook.com/Encore Atlanta:

Clint Eastwood: In Atlanta (at Fado and South City Kitchen) and Macon (at Cheers Restaurant and Luther Williams Field) with co-stars Amy Adams, John Goodman and Justin Timberlake (also seen at South City Kitchen, with friends, not Clint), shooting the feature film Trouble With the Curve. Eastwood, just acting this time, plays an aging baseball scout who takes his daughter along for one last recruiting trip. 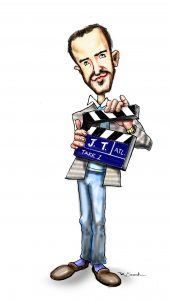 Jane Lynch: In Atlanta’s Castleberry Hill neighborhood with co-stars Amy Poehler and Jessica Alba for the feature comedy A.C.O.D., about a grown man still caught in the crossfire of his parents’ divorce —15 years after the fact.

Charles Barkley: Sir Charles, the NBA announcer and former all-star, drops in now and again for Hawks games,  music and movie events, and has been seen with a sack of groceries  at the intown Publix at Ansley Mall. 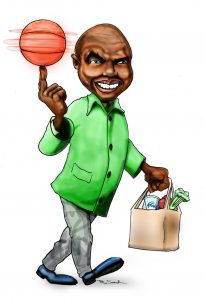 Jewel: In town and practically incognito for the Lifetime biopic The June Carter Cash Story. The singer-songwriter has gone from blond to brunette for the role, and picked up blue contact lenses, so look closely.

Vince Vaughn and Owen Wilson: The two, who’ve both filmed here before, reunite this summer for the first time since The Wedding Crashers. Their project is a feature comedy titled The Internship, about a couple of pals who lose their sales jobs and decide to intern at a high-tech corporation to gain “new world experience.” Look for them through late September. 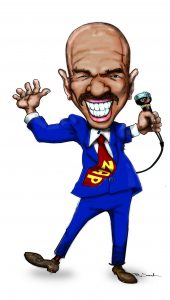 Steve Harvey: The Original King of Comedy, author and radio host makes his home in Atlanta and has convinced producers of the TV game show “Family Feud,” which he hosts, to film here instead of Orlando. Look for him near the Atlanta Civic Center, where “Feud” shoots.

Reese Witherspoon and Colin Firth: Here for Devil’s Knot, the big-screen adaptation of Mara Leveritt’s best-seller about the “West Memphis Three,” three teens accused of killing three children in a satanic ritual in 1993.