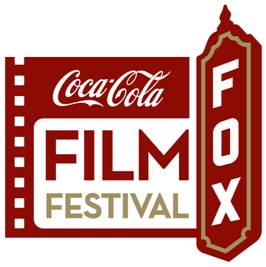 We now know three of the four blockbusters joining the lineup of classic movies this summer as part of the Coca-Cola Film Festival at the Fox Theatre.

They are: What to Expect When You’re Expecting on June 22, Dark Shadows on July 13 and The Avengers on July 14. One remaining film, not yet named, will close the series on Aug. 24.

The previously announced movies are: Casablanca on June 14; The Godfather on June 15; a sing-along Sound of Music on June 24; Saturday morning cartoons on July 14; The Princess Bride on July 15; and Deliverance on July 20. More details HERE.

What to Expect When You’re Expecting, a comedy about five couples enduring the highs and lows of pregnancy was shot in Atlanta with Cameron Diaz, Jennifer Lopez, Matthew Morrison, Dennis Quaid and Chris Rock.

The Avengers brings us six superheroes, plus 3-D wizardry, all for the price of one ticket. The cast is led by Robert Downey Jr. as Iron Man, with Chris Evans as Captain America, Mark Ruffalo as the Hulk, Chris Hemsworth as Thor, Scarlett Johansson as the Black Widow and Jeremy Renner as Hawkeye.

Except for The Sound of Music, single tickets are $10 adults and $5 for age 12 and under. Sound of Music seats are reserved and cost  $15 in advance and $20 on  the day of the show. Passes cannot be used. All are now on sale at the Fox box office, foxatltix.com, 1.855.ATL.TIXX (1.855.285.8499) and all Ticket Alternative locations. Special $5 parking will be available in select Lanier lots. For details, visit foxtheatre,org. The Fox is at 660 Peachtree St. N.E.