Uncensored in the South! — Encore Atlanta
Skip to content
ShareTweetShare 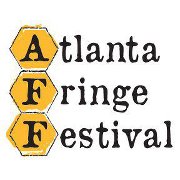 “Risky.” “Edgy.” “Nontraditional.” Atlanta’s creative scene is jam-packed with must-sees. Just when it seemed impossible to soak up all that’s wacky, weird and wonderful, the Atlanta Fringe Festival emerged.

This four-day-long exhibition, which began Wednesday with a Preview Party on the Decatur Square,  joins a legion of similar events across the nation dedicated to providing an “accessible, uncensored outlet for [performing] artists.”

But what is it? The Atlanta Fringe Fest (through Sunday, May 13) is an unjuried, uncensored scavenger hunt for those madcap curiosities among the country’s theatrical productions. While fringe festivals have been a long-standing tradition for innumerable grass-roots entertainers, recent years have seen a distinct lack of exposure for companies in the South. Joining ranks with New Orleans and Asheville, N.C., the Atlanta Fringe adds a bit of Southern sass to the nation’s hottest off-the-cuff performances.

“There’s a lot of homegrown art that’s been submitted, but we’re all from the Dirty South so we’ve really infused a sense of hospitality into the festival,” says Diana Brown, the fest’s executive director.

Atlanta’s is also the only fringe fest in the world to spotlight radio plays alongside live performances, according to Brown. For $2 you can have full access to WAFF — an online archive of more than 15 radio plays that will be available May 7-13.

Boasting productions from 12 Atlanta area troupes as well as artists from 10 other states, the inaugural Atlanta Fringe lineup spotlights 27 shows and a variety of genres. Live from our own backyard, local faves include OnStage Atlanta (satiric comedy) and Hot Toddies Flaming Cabaret (vaudeville.) The out-of-towners spice up the schedule even more with acts from Sobers & Godley (non-narrative dance theater) out of New York, The Great Ben Egerman Theatre Adventure! (comedy) from Minnesota and Tonya Jone Miller (dramatic storytelling) from Oregon.

Says Brown to seasoned fringies, “You’ll find lots of diversity…. Atlanta is such a multicultural city that artists from all over the country were thrilled to finally have a excuse to come to town and showcase their talents.”

If choosing from 135 showings is a bit daunting, check out the nifty guides below.

Immurare — Packed with notables from Atlanta’s theatrical scene, this whodunit/docudrama follows the twisted tale of Ed Kemper — one of America’s most notorious serial killers — and the FBI agent who created modern-day profiling. The script is by Marki Shalloe, with direction by Dikran Tulaine. The cast: John Benzinger, Ed Kemper, Camlin Sheridan and Patrick Wood.

Paul Strickland: Jokes, Songs, a Hat, Etc.! — As implied, this quirky one-man-act boasts “stand-up, spoken work and storytelling” topped with a very dashing hat. A reminder for the kids at heart – finger-pointing is absolutely allowed, provided you can laugh at yourself, too!

Thimblerig Circus — This side-show trio performs those freaky, fascinating circus stunts “from the Old World” including sword-swallowing, fire-dancing, contortion and more. You may want to preface this with, “Kids, don’t try this at home.”

If you’ve seen it all

Fricative — A “liberated language” performance that turns the usual poetry slam on its ear. It features a series of sound poems by a live onomatopoetic orchestra.

Alyson Kate Long is an Atlanta girl and an old soul. As a writer, she loves to tell the stories of intriguing locals and small businesses.