In concert with the community — Encore Atlanta
Skip to content
ShareTweetShare

It feels like the Atlanta Symphony Orchestra’s 2011-12 season has barely begun, yet the Orchestra’s Education and Community Engagement department is in full swing and already has added a number of new initiatives to its repertoire — and the continuous thread between all of these is the immeasurable impact these outreach efforts have in and beyond the Atlanta community.

“There is something uniquely powerful about music because it has the ability to touch the very core of who we are as people,” says Senior Director of Education and Community Engagement Mark Kent. “We’re continuously trying to find new ways to reach the community and make our programs even more accessible.”

The Orchestra kicked off its new initiatives in June with a special side-by-side orchestral workshop open to local student musicians in which 52 students participated in three days of coaching sessions, rehearsals, and a culminating performance — all while sitting next to Atlanta Symphony musicians.

“The side-by-side was a fantastic opportunity,” says Cassidy Goldblatt, a violinist with the Atlanta Symphony Youth Orchestra who participated in the workshop. “The thrill of playing with professional musicians was unlike anything I’ve ever experienced. I also learned an incredible amount.”

In August, the Atlanta Symphony collaborated with the Alliance Theatre for their season-opening production, Into the Woods, in which the pit orchestra was composed entirely of student musicians — a rare opportunity and tremendous learning experience for the 19 young people involved.

Some of these student musicians joined the Atlanta Symphony Youth Orchestra this year for its 37th season. They were among 314 applicants, a significantly larger pool than in past years, who applied for approximately 120 slots in the ensemble. This year, the Youth Orchestra will work directly with Music Director Robert Spano for their March Crescendo Concert, and the student musicians also will have the opportunity to attend reading sessions with guest conductors Mei-Ann Chen and James Gaffigan and Principal Guest Conductor Donald Runnicles, and master classes with pianist Gabriela Montero and violinists Leila Josefowicz and Gil Shaham. These star-studded offerings are a new addition to the Youth Orchestra’s programming.

The Orchestra’s Talent Development Program, whose graduates have gone on to pursue musical studies at the Cleveland Institute of Music, Curtis Institute of Music, Juilliard School, and New England Conservatory, among others, will continue to offer top-notch musical instruction. This year, 13 Orchestra members will serve as faculty and coaches to the 25 African American and Latino musicians in the program.

But the Orchestra’s reach does not stop at budding musicians. Thousands of students will be exposed to classical music through field trips to Atlanta Symphony Hall, and the Orchestra’s influence will extend beyond the Woodruff Arts Center campus through Symphony Street concerts, which bring classical music into local community venues, and numerous outreach programs in which Orchestra musicians lead master classes and residencies in local schools.

Additionally, the Orchestra continues to build important partnerships throughout the community. In August, the Atlanta Symphony teamed up with the Atlanta Braves for the first Music Appreciation Night at Turner Field. The evening included an instrument petting zoo and music education panel discussion — free to all ticketholders — and the Youth Orchestra performed the National Anthem prior to the start of the game.

Other collaborations include continued work with the Atlanta Music Project and the Latin American Association. Just recently, an ensemble of Orchestra musicians performed at an event celebrating the Independence of Mexico hosted by the Office of the Consulate General of Mexico and the Instituto de Mexico. The Orchestra is also deeply involved with the Georgia Humanities Council and the Smithsonian Institute for their “New Harmonies Project,” a traveling exhibit about American music.

“This is only the beginning,” says Kent. “At the Atlanta Symphony Orchestra, we believe every citizen deserves the opportunity to explore their world and realize their fullest potential through the power of music. We have so many opportunities at our fingertips to become even more deeply involved in, and available to, the community.”

Kimberly Nogi is publicist at the Atlanta Symphony Orchestra. 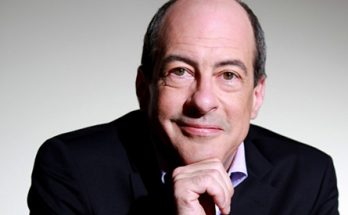